Nobody knows you, so how do you get there?

Part Four You need customers, but credibility too. One begets the other. But which comes first? We are now in the final, challenging chapter of early start up mode: of getting paying customers and leveraging them to your advantage in the world to gain more.

As Tech 3.0 launches the dance for the B round starts. Everything here depends on how much interest can be drummed up. Interest is going to stem from two things: credibility and awareness.

Credibility will largely flow from the keystone customers you have managed to wrangle thus far. It can stem from executive credentials such as academic degrees, work history or who vouches for whom. It can also stem from having solid roadmaps. This feeds into awareness. Awareness is all about understanding what the market wants, what you can reasonably deliver and who is going to try to kill you along the way.

For our storage startup, an ecosystem will appear whereby third party applications will scan the contents of files for things like credit card information and mark locality information into the extended metadata using the API. The super NVMe speed awesome might be the core of our storage solution, but what's going to sell it to the masses is that metadata engine. 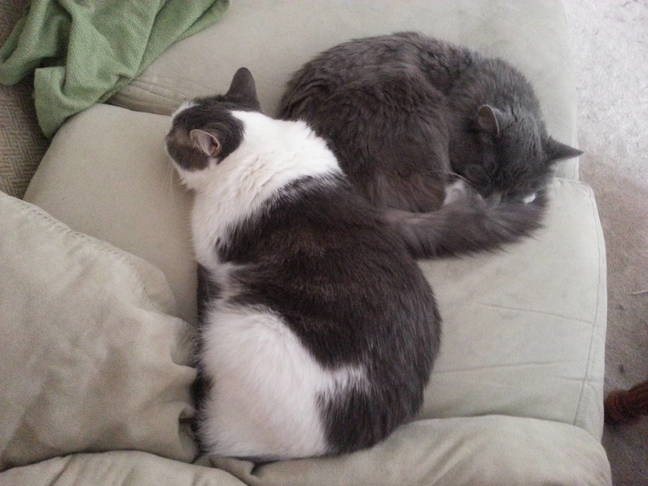 Even rivals can be friends

Tech 3.0 brings with it the ability to flag individual objects/LUNs/files not only with data locality information, but with QoS information. This in turn could affect locality if QoS is provided by chucking low tier stuff onto a rust array, but that's an implementation detail. At some point the metadata engine would be evolved to the point of allowing per object data resiliency information to be encoded.

This is where the third party ecosystem starts to explode. Big data eggheads, security nerds and everyone else will want to get in there, scanning files/objects/LUNs to see what matches their criteria. Then they will want to flag those objects with "store here, make it this fast, make it this redundant, back it up this many times, to these mediums", etc.

At this point we've created the ultimate file storage system – with third party data nerd help – that meets corporate needs, but because it's all controlled by robots no human being could ever hope to keep in mind what files are physically where.

Now customers are locked into our storage startup's platform. The key is to make sure that they don't really feel that way. If we were smart, then when we embraced the cloud we did not do so by storing files there using an overlay. We would have addressed cloud storage using an API, thus storing the objects natively. Similarly, any third-party storage that has a true API for storage is storage we'd talk to natively instead of using an overlay.

In this fashion we can point to the fact that a small change in parameters and our storage system would actually self-evacuate all the storage onto other systems, where they would be accessible, and thus we aren't locking anyone in. Our storage startup not only isn't locking you in, it provides all the mechanisms to transition seamlessly to other people's storage – if that's what they want.

Of course, behind the scenes, everyone knows that's rubbish. Our storage startup's ability to use those Xeons with FPGAs and provide stupidly ridiculous NVMe storage is really the cornerstone to why everyone chose us in the first place. For all that old and slow data lives elsewhere, they're addicted to our NVMe rocketship and they're unlikely to replace that.

Deflecting lock-in concerns should be easy. Our storage startup is two or three layers beneath the actual lock-in, which is the third-party software that scans everything and meets business needs by addressing our API.

Timeline not to scale

In the background, we're quietly working on Tech 4.0 which includes our own big data scanner. This allows us to "meet customer demand" for removing the "lock in" of the third party scanner. (A concept of lock-in we created with subtle marketing and that, by now, the company behind the third-party scanner has figured out they can sell for a metric yoo-hoo because all these customers are captive).

Tech 4.0 rides to the rescue by freeing customers from the third-party pain point we created. We anger our ecosystem partner(s), but who cares? All they did was talk at our API. It's our storage startup who actually stored the metadata and the objects. The third party company was always disposable.

For a short while, we're the good guys! We've eliminated the pain point of the third party data scanner, which we can rightly claim was created out of necessity. We're a startup and didn't have the engineering resources to boil the ocean back at Tech 3.0.

In removing that pain point we make Friends For Life amongst the now massive user and enthusiast community that surrounds our product. Our conferences (we're probably at our third or forth by now) are a love-fest.

A couple of years later customers will figure out that we now have an enormous vice around their balls, but it doesn't matter anymore. Our storage startup's valuation is somewhere north of $50bn and the IPO is closing in.

Johnson has some food for thought. "Startups are a full contact sport. There will be debates and arguments. There may be yelling and people may quit in the process. The early days are really tough, but those lines of code and product decisions lay the foundation for the future of the company."

Ready offers experience in dealing with investors: "Watch a typical political speech. 'Ladies and gentlemen we have a problem with zombies, they are everywhere, they cause problems and it’s terrible. I, the great politician, have a solution to this problem. if we provide funding for the zombie toast-a-matic, it will eradicate this blight on society!' At this point everyone is dozing off, as are your potential investors." 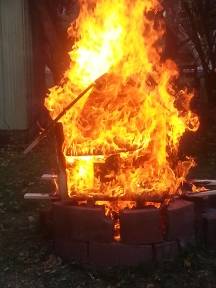 He continues, "Let's change the conversation a little. 'Now, Mrs. Betty Sue Jones had a problem with zombies. They rose from the ground and killed her cat. Betty – will you please stand up?' camera pans to Betty in the audience 'There she is folks, someone just like you, living in your neighborhood. And her cat is dead because of these zombies!' catch tear rolling down cheek of Betty or another attendee 'Thank you Betty. Now folks, how can we not do something here. There are 20 million Betty’s just like you and me, and we all have cats. The time to act is now.'"

Ready says "Right about now the entire audience is saying oh my god take my money don't let my cat die! It’s the anecdote that connects the logic (or illogic in many cases) of the problem/solution statement with the audience/investor. And yes, the investor then is thinking of investing based on one or two anecdotes more than the 'market size' — but that’s how it works."

Ready rounds out his advice with "To be clear, I'm not implying the investor ignores market size because of the anecdotes. Rather I'm saying that the investor is taking the one or two anecdotes and extrapolating that into an overall market size. They will look at two anecdotes and use that to decide your solution could fill the market. It's the anecdote and emotional connection that are what actually sells, not that dry and boring solution + market size equation stuff. Sell the sizzle not the steak, so to speak."

A third anonymous storage VP, "just in case this triggers a round of stump-the-chump or pop quiz at a local watering hole" offers up some book suggestions to those interested in making a serious go at their own tech startup:

We've played the long game, created a series of viable incremental product deliveries that generated revenue, gave a clear path for advancement, had a roadmap, were aware of the likely political and community pressures and this demonstrates to Wall Street that they should shower us in gold. Achievement unlocked, we cash out and wait two years before stepping down and buying our own Mars colony.

And that, dear reader, is how you get rich in Silicon Valley.

To find out how you sort get the funding to do all this, get the right techies and other staff on board, sort out product, deployment and more, check out Part One, Part Two and Part Three in this series. ®