Starring on a Dell-powered box near you soon, if you feel like buying one, of course

Caringo has updated its Swarm object storage software and will flog the code on appliances based on Dell PowerEdge servers.

Swarm 9 is the latest release of Caringo's software. It has an NFS protocol converter and the OEM hardware platform in addition to its availability in software-only form. The software features:

From the hardware point of view, the GUI features: 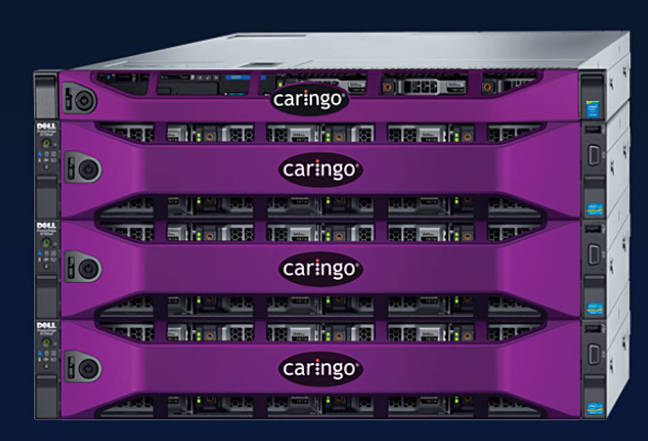 Data is managed through creation to expiration via administrator-defined policies called Lifepoints, which are stored as metadata that automatically manages the number of replicas, erasure-coding scheme, and deletion. 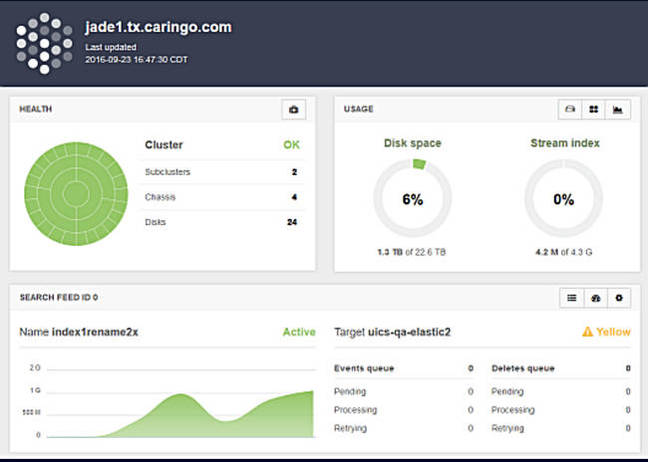 There can be metadata annotations, made without modifying the reference object, and these are searchable through the SCSP API.

The company says Swarm Servers are a fully-supported hardware and software system starting at 288TB and scaling linearly in 96TB increments (just add another S-Series server) to hundreds of petabytes of capacity with a pay-as-you-grow pricing scheme.

The system includes M-Series Management Servers and S-Series Storage Servers. The M-Series is a 1U, rack-mountable appliance with a Dell PowerEdge R630 inside it. It has a Xeon E5-2695v4 processor with 18 cores, 128GB DDR4 DRAM, 8 x 1TB, 7,200rpm SAS disk drives, 2 x 10GbitE data access ports and a 1GbitE management port. VMware's ESXi is booted off an internal SD module. 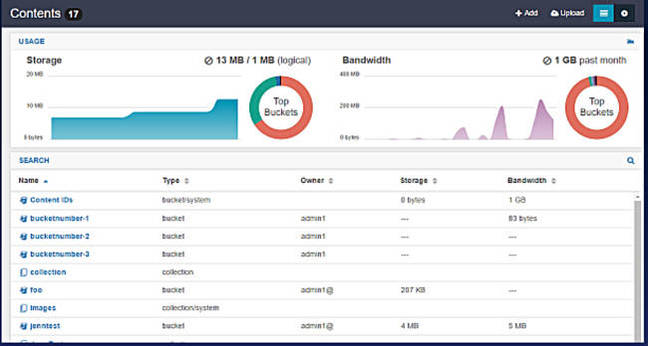 The management software is Swarm VMware APP, with a vCenter Server Appliance and ESXi 6.0U2. There is a scale-out, stateless NFS protocol converter for high performance and high availability.

Both M-Series and S-Series have a serious amount of processing power.

Capacity can be expanded with E-Series expansion trays or by adding S-Series boxes.

There have been hundreds of Swarm software deployments on PowerEdge servers, so Caringo is confident the hardware will do the business. We're told enterprise-class 24x7 on-site hardware support is provided by the Caringo and Dell support organizations working as one team.

Swarm Servers will be available from Caringo, its global channel, Dell Direct or Dell's channel. That means one more object storage product is available from Dell EMC on top of the EMC products, such as the long-standing Centera, Atmos, and ECS. Let a million object flowers bloom seems to be the idea here, for the time being anyway. ®

It's about fighting fires, not starting them, right defence bods?

UAV arms race with drug lords is upon us

Rise of the Insects Never mind robots, get a load of these winged horrors