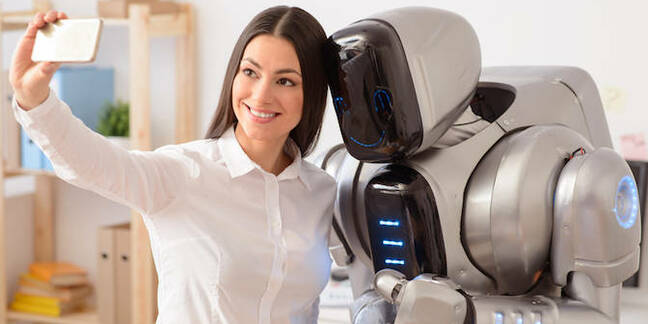 Finnish IT services firm Tieto has added software to a leadership team that oversees a recently formed data-focused business group.

The bot, or "artificial intelligence agent," is referred to as Alicia T. It will have "the opportunity to participate in team meetings and cast a vote on business direction," according to the company.

Whether this differs from allowing team members to consult Siri or Cortana during meetings isn't clear. A company spokesperson wasn't immediately available to explain how Alicia T might contribute to the direction of Tieto's business or why the bot's surname requires abbreviation.

Tieto claims it's the first Nordic company to place artificial intelligence in a position of leadership. In 2014, an investment fund based in Hong Kong, Deep Knowledge Ventures, declared it had appointed a machine learning program called VITAL to its board of directors, an assertion at odds with Hong Kong law.

Similarly, the Finnish Corporate Governance Code suggests Alicia T will never qualify as a full-fledged member of Tieto's board of directors, because software is not legally recognized as a person.

While Alicia T's position may not be quite so exalted – a team member rather than board member – characterizing the software as a participating employee rather than obedient code qualifies as a bit of an exaggeration. At this rate, we'll soon have companies declaring that they've appointed smart-looking chairs to support executive decision making. ®