Skin tattoo will tell your phone when you've had a skinful

Drunk driving costs thousands of lives every year and, as El Reg tests have shown, personal breathalyzers aren't that reliable. But now government-funded boffins think they've cracked a way of stopping people driving when they've had a skinful.

The National Institute of Biomedical Imaging and Bioengineering (NIBIB) has developed a tattoo-like biosensor, around five centimeters long and two wide, that sits on the skin, measures the alcohol levels in the body, and beams the results to a smartphone.

"It resembles a temporary tattoo, but is actually a biosensor patch that is embedded with several flexible wireless components," said Seila Selimovic, director of the NIBIB Program in Tissue Chips.

"One component releases a chemical that stimulates perspiration on the skin below the patch. Another component senses changes in the electrical current flowing through the generated sweat, which measures alcohol levels and sends them to the user's cell phone."

The device, detailed in a paper [paywalled] for ACS Sensors, takes about eight minutes of measuring before it can determine alcohol levels in the bloodstream. That's a big advance on other sweat-testing systems, which can take up to three hours. 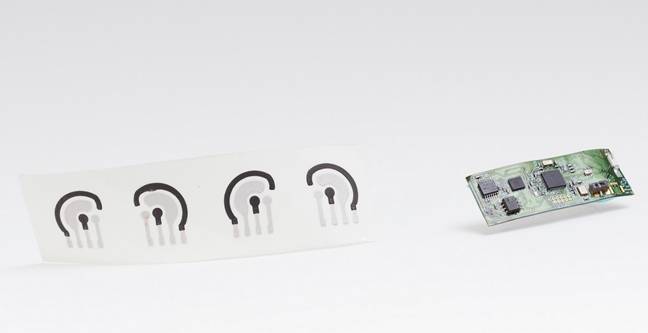 Coming soon to a forearm near you

"What's also innovative about this technology is that the wearer doesn't need to be exercising or sweating already," said UC San Diego professor Patrick Mercier, who coauthored the paper.

"The user can put on the patch and within a few minutes get a reading that's well correlated to his or her blood alcohol concentration. Such a device hasn't been available until now."

That's still too long for police doing roadside stops, but the NIBIB wants manufacturers to push this kind of device out to consumers. The idea is that people who know their blood alcohol levels will refrain from driving and make everyone safer.

Which kind of ignores a fundamental fact about drunk drivers – most of them don't care that much, they just want to get home and pass out. So don't hold your breath for this to be a major seller. ®

Winter is coming, and with it the UK's COVID-19 contact-tracing app – though health minister says it's not a priority