A bigger splash: The mathematics of spilling beer

Next time, ask for your pint in 'minute straw shapes' 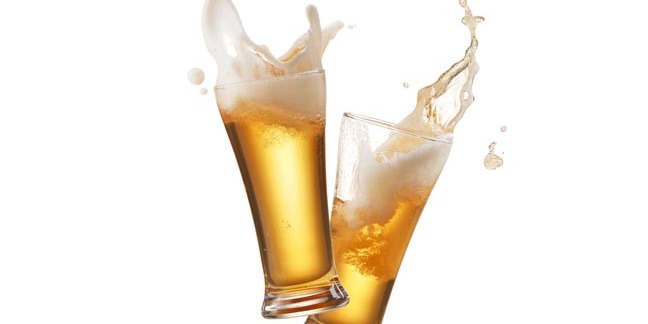 A team of researchers has ventured deep into the physics of spilling to uncover why pints of beer splash everywhere but liquid in straws do not when positioned horizontally.

The relationship between the possibility of spillage and a tube was thought to be based on the size of the tube’s opening. A paper published on the Proceedings of the National Academy of Sciences of the United States of America, however, shows that the shape of the opening matters too.

Calculating the mathematical relationship is serious work. It took the researchers more than seven years to study the mechanics of what makes liquids leak.

Professor Andrew Parry, co-author of the paper and mathematics researcher at Imperial College London, said the thickness of the container is irrelevant.

"If your pint glass falls over, tragedy has struck and you know you’re going to spill your beer. But conversely that doesn't necessarily happen if you suck your beer into a straw and turn that horizontally.

"In that case common experience tells us that if the straw is thin enough the liquid stays in. Now, we have discovered that it should be possible to create minute straw shapes that would mean that any liquid spills, or empties out of the tube, no matter how thin it is."

The tug between a liquid's surface tension and the effects of gravity is what determines if a liquid spills or not. Molecules on the surface are attracted to each other more strongly and the surface tensions causes liquids to touch the sides of a container to create a shallow bowl shape.

Molecules below the surface are not held as strongly together and gravity overcomes surface tension, causing liquid to stream out when it is tipped over. Holding the liquid in a thinner tube – such as a straw – means that more liquid is held together by surface tension and is less likely to spill out.

But there is a limit to how that rule. When the shape of the tube goes from being circular to elliptical or triangular cross-section, it is possible for liquid to spill even if the tube is microscopically thin.

The results could have practical applications for carrying liquid medicines, oil recovery and inkjet printing, or for devices that use liquids that are sensitive to small changes in the environment such as temperature.

So choose a thin, circular glass to pour your beer into next time. ®

Now is not the time for Hollywood 'zoom and enhance' fantasies