Data management services have to get proactive – Acronis

Acronis is a storage software vendor whose original DNA was backup, separate from the storage of data, and which has progressed into collaboration and other data management services. Its services operate across storage platforms and can move data between them.

Beloussov says Acronis will try to do data tiering; it's very important. He thinks that the amount and importance of data will become huge. Backup and storage done in the old way will not be enough.

Data is no longer secondary and the old reactive way of dealing with data loss, as in spin up a restore job, will not be enough. "We're working to be proactive, to detect and fix in real time," Beloussov said.

Data access needs to be monitored. If access is improper, then the data must be checked to see if it has been altered. If so, it should be fixed. 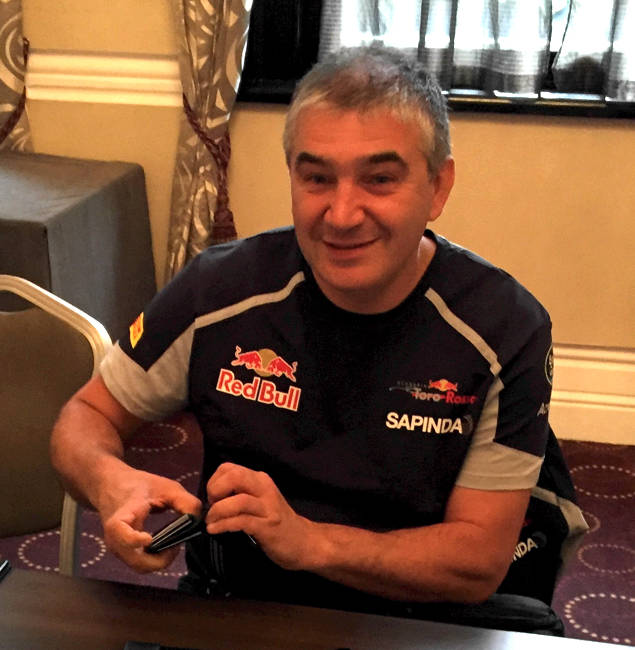 He thinks all of Acronis' products need to become active so that all of its users – enterprises of all sizes – can use them in an active mode. The storage platforms need to become hyper-converged and hyperscale, according to Beloussov.

His timescale for this change is three to five to ten years. He sees the processing part of this being done by a "cloud of compute" and not by storage arrays, which are just IP-connected boxes holding blocks, files and objects. Beloussov didn't say dumb boxes but that seems to be the idea. He sees no role or need for storage arrays to carry out storage-related processing. In his world, there appears to be no place for Coho Data and the like.

The "cloud of compute" may be on- or off-premises, in a private or a public cloud, and will be managed by a third party – even if it is on-premises – because it will be too difficult for a private cloud owner to manage it directly.

Beloussov picks on ransomware as an example. He reckons that ransomware is like a plague, and businesses need to be inoculated against it with a software vaccine. This is a data service, which has access to machine learning investigations of ransomware and consequent signature detection and recognition. This service would detect when a ransomware attack is being directed at a customer's data set and would stop it. It would identify affected data in real time and repair it from guaranteed original data held in cache or, if it was not there, then from a triggered restore.

The recently announced Notary Blockchain functionality would help here, as it guarantees that data is inviolate. Acronis started working with Blockchain a couple of years ago. Beloussov says: "A friend of a friend is a founder of Ethereum, so we had an opportunity to connect." Notarisation (certified document inviolability) is the most lively Blockchain implementation area after Bitcoin.

He thinks that if Blockchain is as successful as it promises to be, then it will affect everything. Acronis has "other new products coming, some of which are related to Blockchain."

El Reg thinks that other data management service suppliers will now be scrambling to understand what Acronis is doing with Blockchain, see the light, and implement similar services ASAP. ®