VMware do we go from here?

Perhaps it's time the cloud pioneers snap up Docker 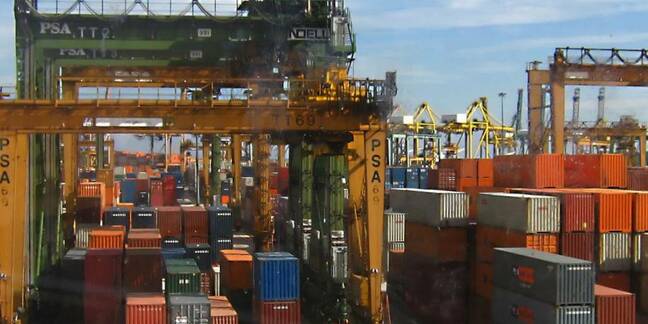 Storage Architect VMWorld Europe was held last week in Barcelona. We saw the release of vSphere 6.5, plus a suite of other products and enhancements to the core platform. There was also the announcement of a partnership with AWS, which had many (including myself) scratching their heads as to exactly what it meant. So where is VMware headed?

One thing that has become apparent is VMware's focus on a core set of future products that they see as being revenue growth areas for the future. These include NSX (virtualised networking/security) and Virtual SAN (storage). The networking piece is reasonably clear (although the challenge is how to deliver value for customers other than those at scale), but what about storage? VMware is pushing forward with Virtual SAN, now providing the ability to use Virtual SAN resources outside a vSphere cluster. This may be a reaction to other vendors like Nutanix (who offered this feature earlier in the year), but it does start to encroach on the market of their parent company, Dell EMC.

How confusing is that? VMware wants you to ditch the storage array; EMC and Dell wants you to buy more. Where's the cutoff between the two? When should customers move from Virtual SAN to dedicated array, and more importantly, who will tell them – VMware or EMC?

The challenge of containers

Unfortunately, VMware is being attacked on all sides, including the irresistible move towards containerisation. Sometimes described as "virtualisation lite", containers are more akin to running started tasks and batch jobs on the mainframe. A container is really just a collection of processes running an application within a number of isolation wrappers that implement multi-tenancy. However, for VMware, they are a potential existential threat.

Containers run on bare metal or potentially within a VM. Certain aspects of containers are still very immature, including networking and storage. The networking pieces are being addressed and storage has made some advances too, with the ability to use persistent storage and external arrays.

The big problem, however, is the speed of development for the container initiative. Docker, CoreOS, Rancher Labs and others are turning out new software and features with rapid regularity – much faster than VMware are managing to achieve. VMware Integrated Containers and the Photon platform have taken an age to become GA (and are not there yet). Many customers may see these as a cumbersome overhead to running a container ecosystem. Case in point is the new VMware Kubernetes as a service offering. End-users may simply deploy Kubernetes themselves, seeing no benefit to attaching more software (and licensing) around what they have today.

The bigger challenge of public cloud

The bigger challenge, though, will come in the form of the public cloud. VMware has chosen to embrace rather than compete in this area, through new partnerships with IBM (SoftLayer) and AWS. But isn't this just delaying the inevitable? The new "VMware on AWS" offering runs vSphere on bare metal, not nested within AWS, which perhaps provides some level of isolation from the AWS core features. However, over time customers will adapt to the opex model and surely try out AWS features like EC2, S3 and RDS – if they haven't already. VMware appears to making it easy for their customers to move away to public cloud.

Dell acquiring EMC was a big statement. And EMC acquiring VMware was a bold move that paid off big time. Perhaps it's time for VMware to acquire the likes of Docker and make their own bold statement. Server virtualisation has been massively successful; VMware needs to move into the next emerging market and make a play to own that one too, in a market that's moving inexorably to a hybrid model.