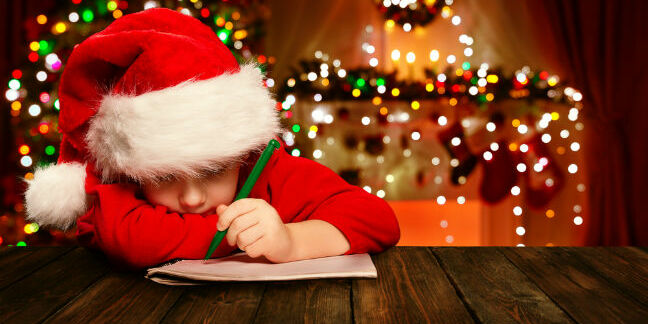 The good burghers of Kettering have been left in a pre-Christmas tizzy as Lindsay Lohan appears to be on the brink of reneging on her promise to turn on the Northants powerhouse for Christmas.

La Lohan had promised to flick the switch on the town’s Christmas lights back in June, after being accused of insulting the midlands market-town during her unique Twitter stream of consciousness coverage of the EU referendum.

After the home of Weetabix and countless cobblers declared for Brexit, Lohan dumped her previous objectivity to demand: “#REMAIN Sorry, but #KETTERING where are you & why is this woman @BBCNews speaking on people rather than TELLING us what happens if the UK LEAVES?”

This prompted local MP Phillip Hollobone to take to his feet in the commons to declared that “everyone knows where Kettering is” (We asked the Reg office and got “Essex” and the UK).

The only way for Lohan to redeem herself, he brayed, was for the star of Mean Girls, Freaky Friday and I Know Who Killed Me to come up the M1 and throw the switch on the town’s Christmas lights.

Fast forward almost five months, though, and apparently Lohan has yet to confirm when she’s going to arrive for the November 24 extravaganza.

Hollobone told the Guardian yesterday that: “Despite everyone’s best efforts it’s simply not been possible to track her down.”

We suggest that they might want to turn to Twitter and the Daily Mail. The former suggests that Lindsay is somewhere in the Near to Middle East, giving succour to refugees, when she’s not opening nightclubs. The latter’s reports on her current London rental situation suggest she might not be back in the Smoke for a while.

Of course, we suspect the town has a backup plan. We note that EastEnders alumna Cheryl Fergison is starring in panto at the town’s Lighthouse Theatre, along with Mark Pearce and Lucie Downer, meaning there’s plenty of star power on hand should Lohan prove to be a no-show. ®

The Mail spotted Lohan back in London last night, wearing a "smart coat layered over the summer dress...accessorised with a choker-style necklace and...a bold pop of colour with a neon red lip shade." What she did not appear to have was a return ticket to Kettering, although a rep apparently told the BBC to "keep tuned" on the issue.

Diva soapstar turn-on-turn-up-slap-down on the cards?

Lindsay Lohan storm over Hitler, Hurricane tweets: 'It was hackers'

Curiously dull hack ... maybe they were a bit tired

An awful lot of crying in YouTube vid tomfoolery