Something for the Weekend, Sir? I live in a bag-arse.

Bag-arses are great places to live in. School-run monster trucks avoid them. Transient pedestrian litter-louts don’t even know they exist. Noisy buses and smelly lorries refuse to come anywhere near a bag-arse.

The street sign even has “Bag-arse” proudly displayed under the name in bold red letters.

Of course, it doesn’t actually show the English words “Bag-arse”. Rather, it depicts the original French for “Bag-arse” which, as I’m sure a cultured reader such as yourself already knows, is “Cul-de-sac”.

Literally: “cul-de-sac” = “arse-of-bag”. “Cul” can also refer to the act of having sex but mostly it’s an arse. Not bottom, botty, bum, backside, posterior, sit-upon or some such polite English euphemism, but ARSE.

When the coach-loads of French schoolchildren arrive each year for their exchange visits, they fall about giggling at the posh signs dotted around my chosen corner of suburbia declaring the location of each bag-arse. The expression “cul-de-sac” simply does not exist in France or anywhere else in francophonie and, when you think about it, there is absolutely no reason why it should.

Exactly why the literal French for “bag-arse” was coined for the purpose of describing a dead-end road in a posh district remains a mystery. How it was coined, however, is easy to imagine.

It was no doubt an example of pure idiocy invented by some overrated and over-promoted fuckwit who thought he knew better than everyone else, and inflicted on British suburban life as a means of showing off the measure of his superior intelligence, despite all contrary advice from his much smarter underlings.

Does this sound like a pointy haired boss near you? I told you it was easy to imagine.

Thankfully, it works both ways. As anyone who has ever tried to read a hardware operation manual, foreign languages are full of poorly applied anglicisms, from the mundane to the bizarre, and no-one does it better – or worse depending on your viewpoint – than the French. And they simply love gerunds and wrongly inserted apostrophes. 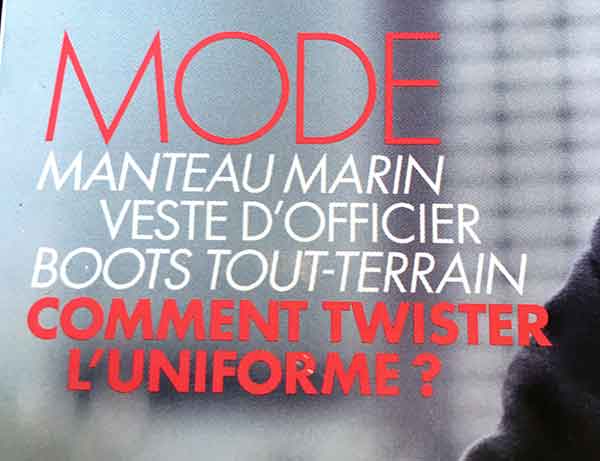 Why do I focus on the French? Well, I should admit that I am investigating a relocation to southern climes for their better weather, cheaper wine and bigger vegetables.

It’s partly a mid-life crisis thing and partly because I am shit-scared of my own government which recently announced Brexit-happy plans to force employers to compile and publish lists of their foreign employees, as a means of “naming and shaming” them.

After Mrs Dabbsy has been named and shamed in this fashion, no doubt we can look forward to receiving bricks through the window in the near future. Then maybe they’ll investigate three generations back through my family tree and insist that I sew a yellow star into my clothes.

With Article 50 set to be triggered early next year, this leaves two years to form an escape plan before the “I’m-not-racist-but” Brexit stormtroopers strut their way into our bag-arse, kick down la porte and drag the pair of us into camps.

Anyway, not wanting to be a typical Brit after our move to the south of France, I plan deliberately to avoid my fellow ex-pats. This is because the last time I lived in France, almost every ex-pat Brit I met gave me the impression they were on the run from Plod.

This means I will be obliged to brush up on my rusty French. Even more importantly, I will need to master French business dialogue and technical terminology. They can be very precise, the French: they even have a word for the smell of someone’s breath.

Luckily, this looks as if it’s going to be simpler than I expected. A cursory glance at the present-day state of French media reveals a vast array of English words are in popular currency, including colloquial idioms and slang, used in all manner of sensible and silly ways.

During one of my recent recon trips down there (“recon” being short for “reconnoitre”, a French word which, when pronounced by an Englishman, sounds like someone dropping a large metal spring on a wooden floor), I attended a private press briefing to a packed audience of French journalists about emerging norms in social media development.

I was dreading it: would I understand any of the French technical terminology?

I need not have worried: almost every second word was delivered in plain English. The old Toubon Law of 1994 (also known as le loi Allgood) seems well and truly dead.

Indeed, when I struggled in my rubbish French to introduce myself to the event organiser afterwards, only to be quickly and gratefully rescued by the aforementioned Madame D, my Englishness was positively embraced. Bugger my crap French, it turns out they want me to speak English to them so they can learn IT jargon. 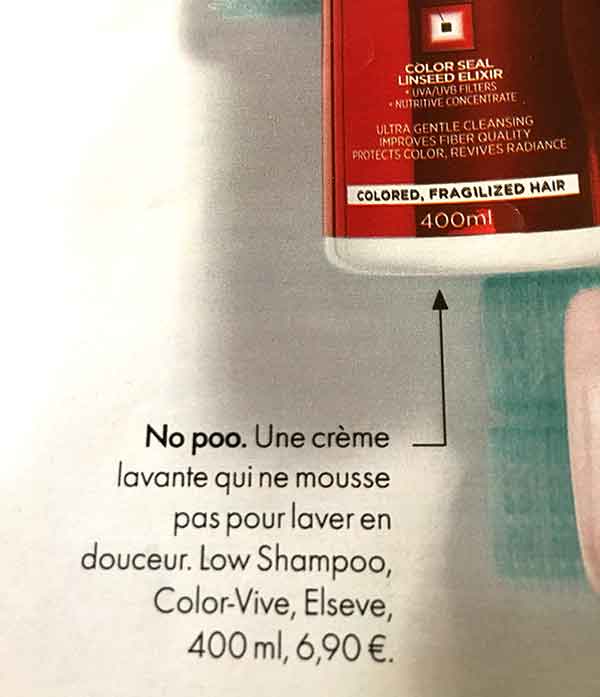 While I’m at it, I should probably take the opportunity to point out a few Englishisms they are definitely getting wrong. I might live in a bag-arse but at least I don’t debate the pros and cons of washing my hair with poo.

If they force me to choose, I’ll go for “no poo” every time.

Would this be a good moment to point out that “shampoo” has already been corrupted by its misuse in English – that it is not a hair-cleaning liquid at all but a massage?

No, I thought not. Besides, there are more pressing issues ahead to deal with before I make a move to the mainland, such as the plummeting value of sterling.

Alistair Dabbs is a freelance technology tart, juggling IT journalism, editorial training and digital publishing. He looks forward to a future of two-hour lunch breaks, stumbling into pavement dog turds and being able to leave the central heating switched off for nine months each year. And no, he can’t put you up. Well, OK, but only if you bring over some proper teabags. FBI Update: 17.5kg.

IBM doesn't think Brexit is such a bad thing these days

Show us that benefits outweigh the cost, BCS challenges government
Legal17 May 2022 | 84