Seagate has a flash early Xmas present for Xbox gamers

Seagate has produced an external 512GB flash drive for capacity-strapped Xbox One gamers.

This Xbox-branded half TB is said to be enough for 15 titles and hooks up to the console with a USB 3.0 cable, meaning no separate power cord.

It's claimed to load games and their contents faster than a similarly connected external disk drive.

By modern SSD standards 500GB is nothing much but an ordinary Xbox One has around the same capacity so it represents a doubling.

Seagate isn't revealing any actual performance numbers, such as read and write IOPS or bandwidth. Nor do we know what kind of flash is inside the natty-looking matte grey and green-striped box.

The SSD will retail at around $200 in the US and be available on Amazon in November. 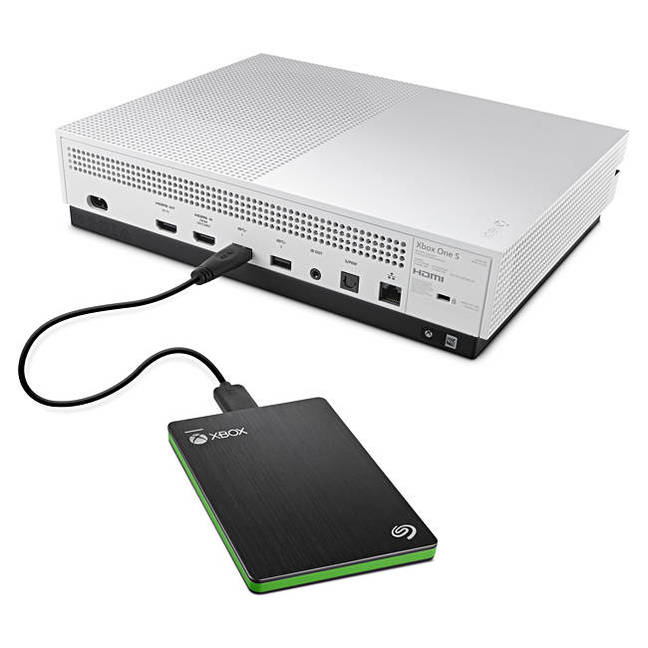 Seagate's Game Drive for Xbox One