Android Studio 2.2 beckons, because what choice is there?

Google's lengthy deathbed vigil for its Eclipse Android Developer Tools plugin has finally ended. After announcing its intention to pull the plug on ADT at the end of 2015, the company on Wednesday found the nerve to do so.

"With the release of Android Studio 2.2, the time has now come to say goodbye to the Eclipse Android Developer Tools," said Android product manager Jamal Eason in a blog post. "We have formally ended their support and development."

In an email, a Google spokesperson characterized last year's statement – "we are ending development and official support for the Android Developer Tools (ADT) in Eclipse at the end of the year" – as more of a warning shot than an explicit expiration date.

"Last year, we only gave an initial heads-up to developers that we were planning to end support for Eclipse," the company spokesperson said.

"We wanted to make sure we gave the community enough advance notice (as well as ensure that Android Studio was in a solid place for developers to migrate to) before ending support." 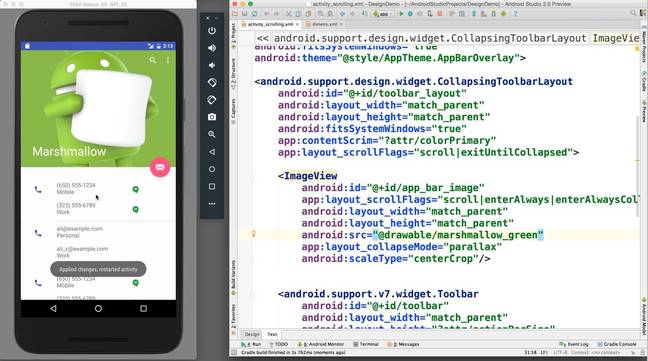 If there are mourners, they haven't made much of their lamentations. Android developers who make their feelings known appear to be pleased with Android Studio. According to Google, 92 per cent of the top 125 Google Play apps were made using Android Studio. So ADT's passing may go unnoticed. As Jan Ole Suhr, founder of Mobileways, put it in a tweet, "I switched to Android Studio long ago. Not missing Eclipse at all..."

Android Studio is Google's official integrated development environment (IDE) for those creating Android applications. It debuted at Google I/O in 2013 and was promoted to beta status in June of 2014. The 1.0 release arrived that December. Renovation has continued since then and now Google believes every Android developer should get with the program.

Android Studio 2.2 was previewed at Google I/O 2016, an event described as "the conference version of hell," and released in September.

He also invited Android developers to mention in an online survey any missing features or other challenges that prevent switching to Android Studio. ®