Analysis Reduxio's array is a hybrid one with clever dedupe, and is restricted to an iSCSI interface, so let's move on. Actually let's not. Because under the covers something remarkable is going on.

Co-founder and CTO Nir Peleg explained this to us press hacks at Reduxio's Israeli HQ in Petach Tikvah yesterday. At heart, he said, client apps access persistent storage to write (store) data using tags such as file name or object id or block address, and then read the data using the same tags, or additional ones returned during the store operation.

So suppose we had a big bucket containing all the world's data. Each unique chunk of data is stored in the bucket once and has a unique name. We could then add tags outside the bucket, referring to data chunks already in the bucket by their names.

Tags are (implicitly or explicitly) supplied by clients and a data chunk may have multiple tags in different contexts. For example, an identical data block in different volumes and in different offsets. 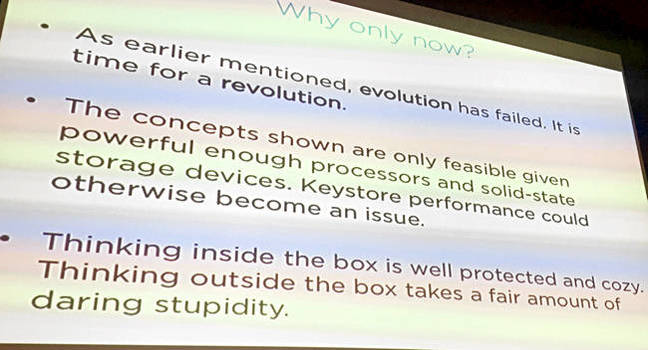 Transfer this idea to a storage repository (bucket) of some sort, and imagine it is populated with some set of individually unique data chunks. A new chunk comes along to be stored and the controlling system checks if there is an identical one in the array. If so, use the name of the chunk in the array. Otherwise, write the chunk into the bucket and give it a new, unique name that will henceforth be used for that chunk.

Such a system inherently deduplicates data; only unique data chunks are stored. 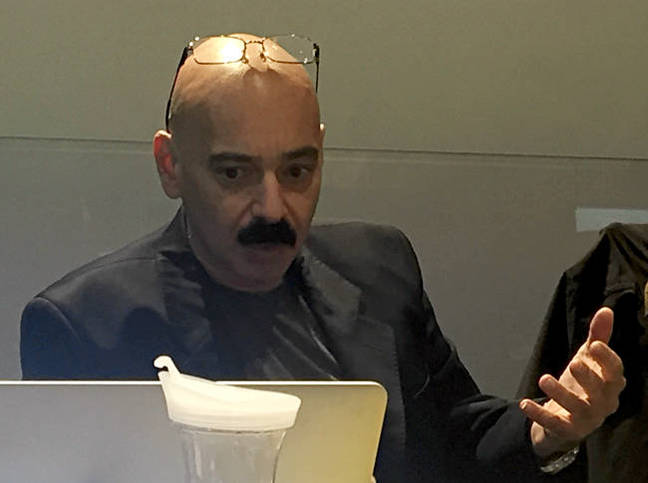 If a timestamp is added to each chunk when it is written to the bucket, then the set of chunks could be restored to a previous time. We don't need snapshots or other point-in-time copies of the data, or a journalled file system. We can access past data in a single transaction resolution, with zero management overhead.

All of the above can be largely implemented using key:value stores, and Reduxio has done this with its system, using the term "keystore." Keystore operations using flash media and modern X86 processors are fast enough to deliver a quick, not to say lightning-fast data store.

The overall bucket can be implemented as a keystore instance, keeping chunk names and physical locations (think metadata store). Storage objects (files/volumes/objects) can be represented by keystore instances keeping (client supplied, explicit or implicit) tags with data chunk names (think data store). Both could be distributed among multiple nodes due to the inherent structure of the keystore.

This facilitiates data migration as the upper-level metadata store, being small, could be sent to a destination node quickly. Then the data store could be streamed with each data object sent over when it is requested by a user on the destination system. The initial access would be across the network but subsequent ones could be local, like loading a cache.

Reduxio supplied a system to the Barnstable Police Department in the USA. That department was hit by a ransomware attack whch started encrypting all the data, an enjoyable irony. But the encryption was stopped and the data rolled back to a few seconds before the attack started, using the timestamp filter, and all the data was recovered in minutes.

There's much more to explore here and Reduxio's current support of iSCSI access to its arrays is obviously going to be expanded. We understand the general development roadmap may include:

We wouldn't be surprised if container support was coming.

There are more than 50 customers paying and in production, with another 20-plus customers in evaluation. It's channel sales with enablement by Reduxio's own sales team.

The company employs 70 people: 45 in Israel in R&D and engineering, and 25 in the USA. The global HQ is in San Francisco, and outbound marketing and sales in the USA are handled by seven offices there.

There have been two funding rounds totalling $30 million. Databases such a SQL Server, Oracle, MySQL, and SAP are supported.

We understand a leading Israeli hosting company moved from NetApp (10 years experience) to Reduxio, going from one rack to 3U and finding server performance improved dramatically. Restore to the second works and it's getting 3:1 data reduction.

Check out Reduxio. You might be amazed by what you find there. ®

CTO Vogels on phishing emails: 'There is always an idiot who clicks that link'