Trump's torture support could mean the end of GCHQ-NSA relationship 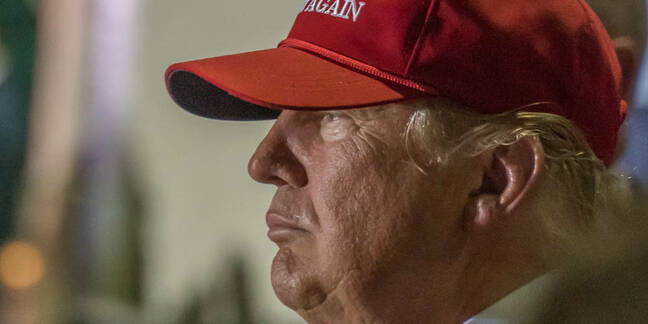 Comment If comments made on the campaign trail by Donald Trump were sincere, then today's British government will need to do some serious soul-searching very soon.

Trump, who was today announced as the president-elect of the United States of America, has been controversially outspoken while seeking to be nominated as the Republican Party's presidential candidate, and while campaigning to be elected as President.

Many of his outbursts had been criticized for their deemed sincerity – and vulgarity – but it is particularly his defense of torture that could provoke problems between the UK and US.

The constitution may ostensibly be amended, and a UN convention might be derogated from, but a US decision to legalize torture would very probably prohibit the greater part of the intelligence-sharing aspects of the UK and US's special relationship – a relationship that already is substantively about the collaboration between GCHQ and the NSA (US National Security Agency).

The future of the "special relationship" is very much dependent on how Trump will exercise the US intelligence apparatus, and if he seeks to assert the position he had previously issued on torture he is very likely to receive push-back from the UK due to the nation's legal obligations, which are much more unlikely to be derogated from.

Back in February, Trump told a rally audience that "torture works." He said:

OK, folks? You know, I have these guys — 'Torture doesn't work!' — believe me, it works. And waterboarding is your minor form. Some people say it's not actually torture. Let's assume it is. But they asked me the question: What do you think of waterboarding? Absolutely fine. But we should go much stronger than waterboarding. That's the way I feel. They're chopping off heads. Believe me, we should go much stronger, because our country's in trouble. We're in danger. We have people that want to do really bad things!

Trump's position on torture is a really big deal. Torture of detainees is directly and unambiguously a violation of the internationally accepted laws of armed conflict – even if used against unlawful enemy belligerents, such as terrorists rather than captured prisoners of war. Trump's comments on torture are important and a unique deviation for US policy. Previous administrations, even when they have engaged in "enhanced interrogation techniques" such as under George W Bush – and even when these EITs escalate to the point that they are widely called "torture" – the US has gone to lengths to assert that the EITs it did use didn't amount to "torture"; declassified legal memos show lawyers within the Bush administration trying to define the line where interrogation becomes torture and push EITs right up to, but not over, that line.

Whether you think the Bush administration was successful or whether it overstepped that line, they did at least know there was a line, and tried not to overstep it. No so with Trump. Trump actively embraces the idea of torturing detainees. He not only says that torture is ok; he says it's something the US should actively engage in. And not just to get information. To "punish" them as well.

Even laying aside the enormous domestic law and eighth amendment issues this brings up, this will make it impossible for UK intelligence cooperation with the Trump administration across a range of intelligence programs. The UK will have to restrict the uses, categories and programs of intelligence sharing with the US if there is any risk the US could use that intelligence to intentionally engage in war crimes.

This differs to Trump's position on cybersecurity. Although his positions are less clear on this topic, it seems that his position largely boils down to a much more substantial active response to cyberattacks on the US. So long as the response isn't clearly disproportionate, or targeting civilians, this doesn't look especially challenging to international partners; it's certainly not an intentional war crime. On topics such as this, the UK may end up disagreeing with the Trump administration on policy, but ultimately the UK won't be in the same position as with torture where the UK would have to take a firm line of non-cooperation to avoid being complicit in a war crime itself.

Jim Killock, executive director of the Open Rights Group (ORG), warned The Register: "If the US openly pursues a policy of torturing those suspected of terrorism, it cannot legally be enabled by the sharing of intelligence from the UK."

"However, given the close integration of the UK and US intelligence agencies, it will be difficult to separate our data sharing and technologies," Killock continued. "This presents a huge challenge for oversight, who need to be aware of the possibility that GCHQ might be urged to help with policies that are indefensible."

ORG additionally warned that President Trump will exert a great deal of control over GCHQ's operations and stressed the integration between the UK and US signals intelligence organizations. Such integration was today restated by the UK's Prime Minister, Theresa May, who congratulated Trump and applauded how "Britain and the United States have an enduring and special relationship based on the values of freedom, democracy and enterprise."

"We are, and will remain, strong and close partners on trade, security and defense," stated May. "I look forward to working with President-elect Donald Trump, building on these ties to ensure the security and prosperity of our nations in the years ahead." ®