Interview Why did Donald Trump win? He filled a vacuum that was vacated by both Democratic and Republican parties, says Joel Kotkin. Kotkin is one of a small handful of writers who highlighted the role of Silicon Valley's oligarchs in American society.

No fan of The Donald ("a horror" is how he described him back in June when we talked at length), Kotkin says class explanations have been shunned by the media, but provide the best account for his shock victory. Both parties abandoned both the working class and the middle class, with the latter not seeing any wage increases in eight years (being an Uber driver doesn't offer much hope). Obama had successfully put together a "coalition of elites", such as academics, greens and minorities. This didn't do anything for the suburbs – they're not a minority anyone cares about. So, just as Brexit was carried by the middle class, Trump carried the suburbs,

We grabbed a few minutes with Kotkin on Wednesday, and started with the WTF – the sheer weirdness of a President Trump.

It's the most bizarre thing, yes. Well, I think if you look at the New York Times today, the idea that our cognitive elites have, who live a nice and pampered life, that comes over is that the rest of the country is a bunch of boobs.

There are a couple of things to note.

Just because you can project that the ageing population and the boomers will eventually fade and die, doesn't mean they're dead yet. And so I think that the progressive elites were already sending the white middle classes and working classes into oblivion before their time. Similar things happened before Brexit.

Secondly, you could not make a case outside the coasts that the economy could benefit from a President Hillary Clinton. They made up with gender and race that you couldn't make up with politics.

People didn't think Hillary would improve things for them, then?

Hillary had the oligarchs' vote. No one, not even Obama, ever had this degree of support from the bourgeoisie. She won the billionaire primary 20 to 1. The big money in this country – the tech oligarchs, Hollywood, Wall Street – were all for Hillary. So how could she run as a populist? She had to run on gender, on race, as a Green candidate... and that probably isn't enough.

Writing at Real Clear Politics, Kotkin attributes it to "oligarchies and ruling classes that not only hoard their wealth but also are convinced that they are morally superior."

"The Republican establishment wore no clothes. It had lost its ability to speak to people."

Trump actually did better amongst African Americans than Romney. Although that's not an entirely fair comparison, in the sense that running against Barack Obama was not going to be easy.

Someone made the point here today that in identity politics, everyone has been able to have a go, except the working class.

Working-class life spans have been dropping. A kid from a coal mining town in West Virginia doesn't get the advantages that Barack Obama's daughter will get. And while I'm pro-immigration, that an undocumented immigrant will get. Where's the justice in it?

So what's changed? America has already had huge disparities in wealth between the poor and the rich. Is it that social mobility seems to have ended?

Yes, the only way you can move up is to go through this completely corrupt educational system that is now also part of the Democratic machine. So the university world, that is increasingly absurd.

Another big, big, big loser is the media. I was a journalist, I've written for the Times, worked for the Post, been columnist for the LA Times. But they went insane. It was like reading Pravda. They were so clearly trying to elect Hillary, it was almost embarrassing.

I had thought Bezos [Amazon CEO and founder] would improve the Washington Post. But they went after Bernie, then Trump.

Hillary would surely have succeeded on competence in any other election, no?

Well, Obama has not been notable for his success on foreign policy.

So she was saddled with that? 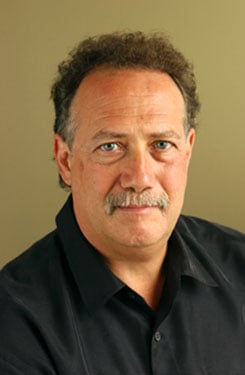 One of the things to keep in mind is that Trump also showed the Republican establishment wore no clothes. It had lost its ability to speak to people. Take a look at Washington DC, which Hillary won 94:4. Nobody in the Democratic party voted for Trump in DC, and the Democrats that do don't live in Washington DC. The K Street types [lobbyists] want the crony state.

You said after Brexit that the Out campaigners effectively had to run against both parties.

It's going to be interesting to see how he tries to work with Ryan and those people. He has to.

Does Trump want the job? Or does he just want to say he's won and settle a few scores?

Joel Kotkin is a presidential fellow at Chapman University and the executive director of the Center for Opportunity Urbanism. His most recent book is The New Class Conflict. Here's our longer interview from June and a longer analysis for Real Clear Politics on why Trump won.