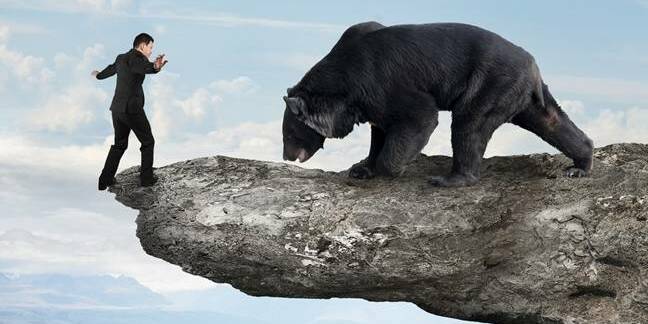 The Russian Federal Antimonopoly Service (FAS) is investigating whether Microsoft abused its position in the market with Windows 10 – after Moscow-based Kaspersky complained to the watchdog and EU regulators.

In a lengthy blog post this week, the antivirus biz's founder Eugene Kaspersky argued that Microsoft deliberately used Windows 10 to screw over third-party app makers. Specifically, he said Redmond cut the amount of time given for compatibility testing with the new OS from two months to six days.

As a result Windows 10 users are being warned by the operating system to just use Microsoft apps, or applications from Redmond's store – where the software giant can take a cut of any sales. In addition, when Microsoft users install Windows 10, the operating system shuts down security suites and runs its own anti-malware Defender tool instead if the suites are deemed incompatible.

Anatoly Golomolzin, deputy FAS head, said that the short period of time given to software makers, and the fact that Microsoft has its own security suite, gave Redmond "unjustified advantages," and as such his agency would be probing the matter.

Eugene Kaspersky made other claims about Microsoft's Windows 10: he pointed out that Win 10 users can only run two security suites on their systems – Defender and one other. Even if you turn Defender off it will occasionally fire itself up and display results to the user to encourage a change of supplier.

"Despite Microsoft slowly killing off the independent security industry, so far, we’re the only ones who have bitten the bullet and decided to say something about this publicly," Kaspersky said.

"There are dozens of other very unhappy companies in the industry but, alas, they’ve only expressed their dissatisfaction in informal groups, where a lot of correct things have been said, but nothing of significance actually done."

Microsoft had no comment at time of going to press. ®

Coming soon to a massive jumped-up whiteboard near you