Britain must send its F-35s to Italy for heavy overhauls, decrees US

And ship the engines to Turkey for overhauls and upgrades 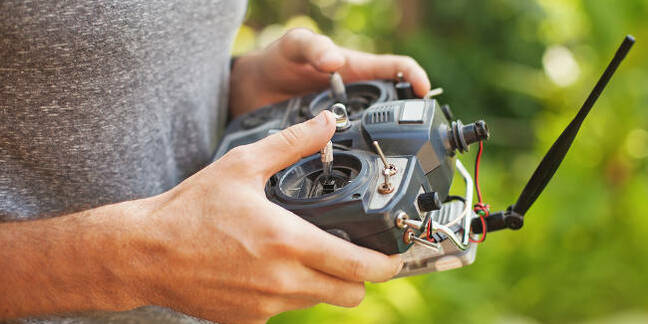 Britain will have to send its supersonic F-35 fighter jets to Italy for heavy overhauls, the UK Ministry of Defence has confirmed to The Register.

BAE Systems will maintain an airframe maintenance, repair, overhaul and upgrade (MRO&U) capability at RAF Marham in Norfolk, according to a US announcement earlier this week.

However, that will only be used if Italy, the Americans' designated airframe overhaul point in Europe, is unable to cope with demand.

"The F-35 programme is based on a global support solution concept. This is the most cost effective way to deliver the F-35 support solution and is based on economies of scale," the MoD told The Register, adding: "The UK is establishing an F-35 airframe maintenance facility at RAF Marham to maintain UK aircraft. However, regional Airframe 'Heavy' MRO&U and Engine MRO&U will be undertaken in Italy and Turkey."

In Europe, F-35 heavy maintenance will be carried out by the UK for the aircraft's avionics, and as noted above, Italy for the airframes and Turkey for the jets' F135 engines.

The MoD declined to answer questions as to why Britain's carrier strike aircraft will have to be dismantled and shipped abroad for MRO&U work, when a perfectly good airframe overhaul facility exists over here, referring The Register to the Americans for an answer. This was said to be because the Americans have the lead on PR relating to F-35 maintenance arrangements and not because, as El Reg suggested, the US supplier tail is wagging the British customer dog.

The ministry also strongly claimed that Britain retains sovereignty over the UK's F-35s, saying: "Whilst the UK is participating in a global support solution, it will still have full sovereign control of its aircraft and its carrier strike capability."

This claim is at strong odds with the level of control the US F-35 Joint Project Office seems to have over where and by whom third-line maintenance of frontline British military aircraft will be carried out. Unlike other military projects such as the AirTanker consortium – which leases modified Airbus A330s (known as Voyagers) to the RAF for troop transport and air-to-air refuelling duties – the F-35 purchase was presented to the public as a full purchase.

Given that the US apparently controls who does what with the F-35 even after it has been sold, it appears that Britain has effectively leased the supersonic stealth fighters – and this is before the controversial ALIS maintenance software, which reports each aircraft's maintenance state to system users, is deployed to the UK.

Sources suggested that the key thing is not the country in which the maintenance would be taking place, but rather which company or organisation would be carrying it out. In the case of Turkey, which is rapidly regressing into an authoritarian state with religious overtones following the attempted military coup earlier this year, its F135 engine factory is 51 per cent owned by Turkish industrial conglomerate Kale Group. Forty-nine per cent is held by the F135 design authority, US firm Pratt and Whitney.

Though ownership details for Kale are not readily discernible in English, an interview given by a Kale exec a few years ago hints at the firm being privately held and not government-controlled.

The arrangements for F-35 heavy maintenance are unprecedented in the history of British combat aircraft. Historically, all frontline fast jets maintained by civilian contractors have been maintained in the UK by firms answerable to Britain. While Italy and Turkey are UK allies through NATO, so was Belgium during the First Gulf War – and they refused to sell us badly-needed 155mm artillery shells (column 24WH), allegedly because the Belgian government decided to make a political protest against British involvement in the US-led conflict.

Even allies can throw unexpected spanners into the military works, and with the F-35 being the only fast jet capable of being flown from Britain's Queen Elizabeth-class aircraft carriers, a hardening of attitudes in either Italy or Turkey could see our carrier strike capability held to diplomatic ransom – or, worse, artificially limited in its capabilities (for example, restrictions on flying hours or high-energy manoeuvres to preserve engine or airframe life) because vital overhaul or upgrade work is not carried out.

The F-35 Joint Project Office, which is part of the US military, ignored El Reg's repeated questions about maintenance arrangements. Perhaps they were too busy fretting over US president-elect Donald Trump's previous – and very unrealistic – suggestion that he'd cancel the F-35 outright. ®