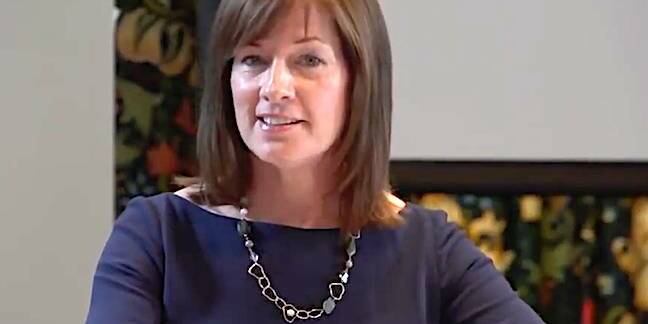 The UK's Information Commissioner Elizabeth Denham has fired another warning shot at Facebook over its paused plans to share data with WhatsApp, writing a newspaper column in which she outlines her concerns.

Denham repeatedly took on Zuck and pals while she was assistant information commissioner in her home country of Canada, and has continued to do so now she heads up the UK's privacy body.

In her article, published in The Guardian, Denham takes particular issue with the blunt "accept our new terms and conditions or else" approach used by companies when they decide to sell their users' personal information to others.

While she notes that Facebook has stalled its plan to grab information from the WhatsApp chat app that it bought, she makes it plain that she is keeping her eyes on the California giant. "My office has asked both companies to pause what they’re doing, which they have, and we’ve asked them to commit to doing things differently, which so far they have not," she noted.

She also derides Facebook's approach that "unless you opt out of data sharing within the first 30 days, the only option if you’re not happy is to delete your account" calling it "impractical."

And she argues the fact that we have given over so much of our personal information to digital services means that the issue of what happens with that data is only going to get bigger.

"There’s a clear trend of technology companies buying up smaller services specifically to access their customers’ information. Social media companies are of particular value here," she wrote. "There’s always a concern when personal data becomes an asset to be bought and sold. That concern is greater still when the value of a merger is based primarily on how a company thinks they can match up customer details they’re buying with customer details they hold themselves."

Denham also preempts the likely counterargument from Facebook about the value it brings to people and the economy and argues it is only part of the picture: "The economy wants the jobs it brings, the companies want the profits it offers, and we all want the services that make our lives easier. But the whole building begins to crumble if the foundations aren’t secure. If people feel they are losing control of information that profiles entire aspects of their lives, that should be a very real concern."

In short, Facebook has a focused and determined consumer advocate with the power of the law behind her watching what it intends to do with its people's personal data. The days of the social media Wild West are over. ®