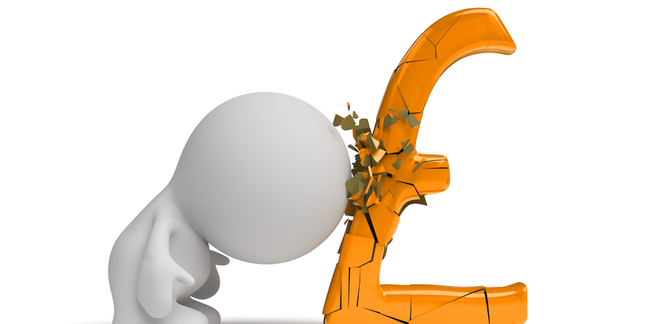 VMware will become the latest American software company to bump up UK prices for customers by double digit percentage points from the start of next year, not that Virtzilla wanted to be drawn on the plans.

Instead, Softcat - a reseller dripping in VMware sales silverware - confirmed that from 1 January next year the cost of all the vendor’s products will rise by an average of 15 per cent.

We asked VMware if that was correct and a company mouthpiece sent us a statement: “While we have not broadly announced a pricing change in the UK today, we continuously evaluate our pricing in various currencies across the world,” a company mouthpiece told The Register.

“We occasionally make adjustments that provide consistent pricing across regions, and optimises value for our customers and partners around the world,” the business added.

All hardware vendors upped their prices in the summer; some, like Cisco and AWS, charge UK customers in US dollars and are immediately impacted by currency swings; others upped their UK price list including HPE, HP Inc, Dell, Asus, Lenovo and Apple.

A second rise from HPE and Lenovo was confirmed last week, and Microsoft recently revealed it is to charge customers 22 per cent more for cloud services from the first day of 2017.

John Lovelock, research veep at Gartner, told us he could understand vendors raising prices to offset the forex hit, but said anything over and above that was just “gouging”.

He said customers had some “negotiating room” with vendors and had “options to buy down”, buying fewer items of lower spec stuff. ®