The next stage in the Nexsan saga involves NXSN 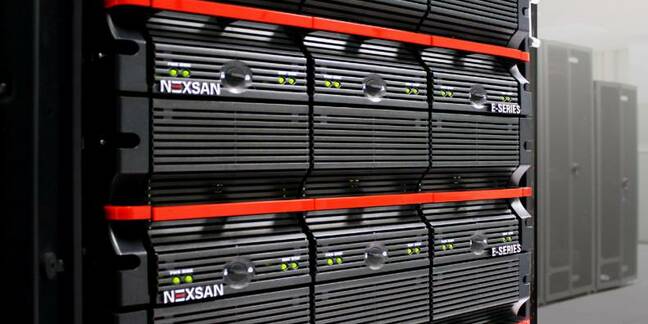 The stock purchase agreement is detailed in an Imation 8K SEC filing.

Here's a timeline of the relevant events:

Imation transfers all its Connected Data stock to Nexsan. NXSN "buys" Nexsan and its subsidiary, Connected Data, through a stock purchase agreement which involves it:

The note matures in three years, and up to $10m of it can be converted by Imation into NXSN stock at any time. Imation gets two slots on NXSN's board and NXSN gets a seat on Imation's board.

NXSN also has to try to sell $10m of Preferred Stock during the three-year stock purchase, with Imation making up any shortfall if it doesn't by increasing the value of the convertible note, with a consequent lift in its interest rate. It's a complicated deal. Unless you are a financial engineer/lawyer, reading this 8K doc will give you a headache.

There is a 45-day Go-Shop period in which Imation can try to solicit better offers for Nexsan.

We note Imation bought Nexsan for $120m in 2013 and is now offloading it via convertible debt - thus kicking the valuation can down the road.

We might imagine at this point that activist investor-run Imation hopes a private equity house to knock it into shape and increase the value of its shares. That way Imation can finally make money from Nexsan.

For Nexsan to prosper, it has to continue to develop its UNITY array, responding to market needs for such things as all-flash arrays, hyper-convergence, predictive array operation analytics, file-based collaboration and protection, massive unstructured data storage using on-premises or public cloud object-based retention, and faster interconnects such as NVMe over Fabrics.

It also has to sort out the UNITY name branding dispute with EMC. ®

And look how BC Partners' ownership went for them