Half of all kids suddenly break LINPACK record in supercomputing compo

HPC Blog SMERSH! That was the sound of the Student Cluster Competition LINPACK record being shattered – in a huge way. How huge? Really huge. As in more than doubled. 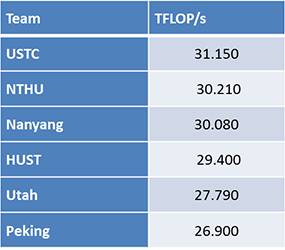 In fact, more than half of the 14 teams at SC16 topped the existing LINPACK record, which is astounding in itself. See the table (left) for a list of the top LINPACK finishers in the SC16 competition.

So why have we seen such a jump in LINPACK scores for this particular competition? Looking at the configurations, I can only see one reason: the NVIDIA P100 accelerator (this is not a plug for the vendor. El Reg has suppressed all ads on the story). All of the teams that scored above the 12-14 teraflop level on LINPACK were using anywhere from six to 10 of them.

The teams running the previous generation NVIDIA K80 turned in results that were only slightly higher than the old record, making it even more clear that the new P100 runs rings around the older gear. 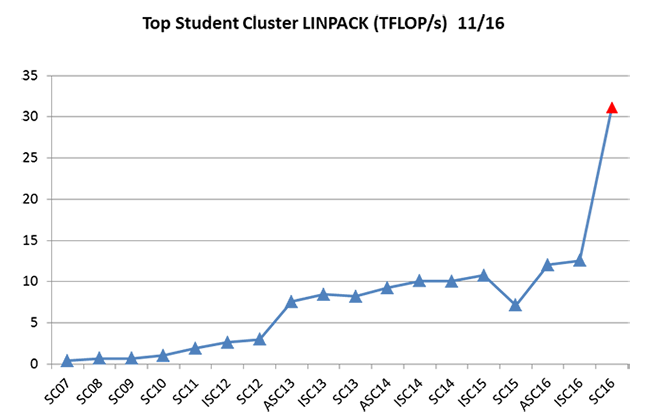 As you can see on the chart above, this is the biggest LINPACK jump in Student Cluster Competition history, even higher than the jump from SC12 to ASC13, when accelerators really took hold. ®