Here's the thing: We've pressed pause on my startup

It hasn't ceased to be... but crowdfunding? Not happening 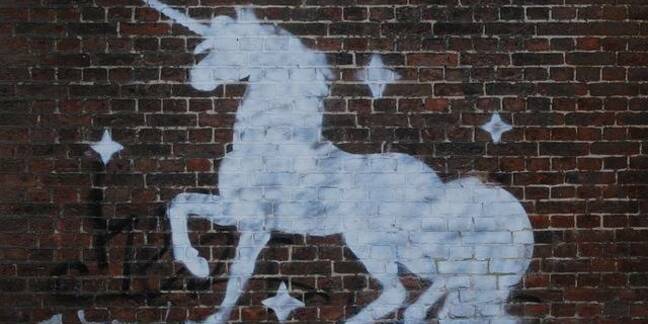 Radbot Previously, you intimated that most of you would not relish a night out on the tiles with our team (boo).

No pony for you

So, it turns out that this is the real world, and even when the CEO wishes for a pony*, it doesn't always trot up.

And that means, dear readers and commentards, that you get to hear when it doesn't go to plan, and the control rods slam right back in. This is what life's really like; no Hollywood plot.

I think it's important to hear the bad news as well as the nice stuff, just as failed pharma trials should be published, and while it's slightly embarrassing to tell you this, wading on regardless would almost certainly have been smellier...

In short, we have kept taking advice, and earlier this week spoke to SomeoneWhoKnowsTM who has run several successful six-figure product crowdfundings, who looked at where we had got to and said we'd be best to put it down.

So, no crowdfunding for us then, at least not until the parties have died down the other side of Christmas, I suspect.

But we do want to ship stuff out to the people interested in dev kit ASAP, and we'll most likely be setting up a web shop in the next few days if at all possible.

And we still intend to get the consumer version out in time for next winter, one way or another, so this is mainly a huge .... ERRRRH .... about the exact means to that end.

Remember that discussion of startup setbacks? Here's another to deal with.

So, what went wrong?

Firstly, we let the start date slip too long into the period before Black Friday and Christmas where people save up all their hard-earned cash to buy bling for their half-siblings' in-laws' BFFs' loved ones.

And people can cancel their pledges right up to when a campaign closes, and the temptation for instant gratification over warmer toes and lower bills next winter would be huge as ours would be closing.

Secondly, we've heard of pre-campaigns but evidently our mailing list has not, by a couple of orders of magnitude your honour. Part of that showmanship that I referred to before as making me slightly queasy means that if you don't almost have it in the bag before you start then you're probably doomed.

Thirdly, we probably had not set aside enough ad budget in terms of cost of sales generation, though I still think Wanamaker's quip "half the money I spend on advertising is wasted; the trouble is I don't know which half" tells us that that claim may be less science than witchcraft.

And probably some other things too... but just getting those things right before a new push in the New Year won't be easy.

A good lesson to learn from all of this is that our branding and prep is not wasted, and not starting a campaign is of itself free. So, if any of you out there are considering running your own Kickstarters and Indiegogos, then go ahead and take a run-up at them.

So we're hardly taking our ball and going home; Radbot is still escaping the secret basement lab and getting into the world.

I am writing this during a workshop with a high-end heating products supplier. We'd like to get a product done with them which is attractive to their customer base and might even be a significant chunk of our retail sales for the reasonably near future. Working with them will force us to improve customer ergonomics sooner rather than later, which us good.

Devs, we love you, and we will be getting stuff to you RealSoonNowTM.

But yes, we have some hard thinking to do over the next few weeks. That Pointy-Hair-Boss strategy stuff. With joss sticks. And beer.

* Not even twenty-five quid, unless it's someone else's round...