Even though the sound of it is something quite atrocious 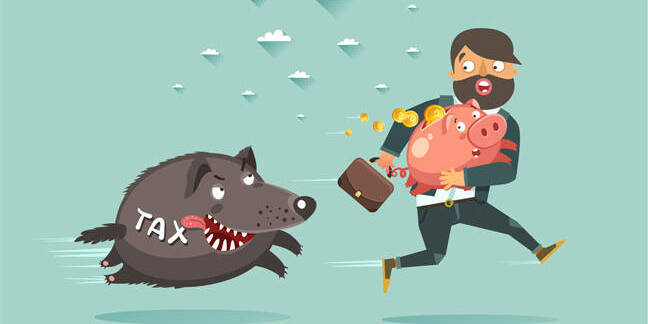 More than 40 cities in California are considering a tax on streaming services – dubbed a Netflix tax – claiming that the tax system needs updating for the internet era.

The news comes as AT&T announces a new streaming service, DirectTV Now, which the company hopes will see people discard their cable boxes altogether for over 100 channels of streaming content costing $35 a month.

Pasadena's finance department decided back in September that it would apply a 9.4 per cent tax on streaming video providers – effectively adding a dollar to the average $9.99 per month cost – with the new tax kicking in on January 1.

The city has since stepped back from the plan following voter outrage, including a councilman who called the tax "ridiculous," and the plan is now under review by the city attorney. But the idea has proven popular with other cash-strapped city councils facing big budget cuts.

In addition to Pasadena, dozens of other cities including Sacramento, Santa Monica, Glendale, Culver City, San Bernardino and Stockton are seriously considering a similar tax, with rates varying from 4.5 to 11 percent.

That's according to the company that collects taxes for the cities – MuniServices – which earlier this month put out a policy notice on "over the top TV" (OTT) as it defines streaming services.

As you might expect, the tax is not proving popular, with MuniServices noting [PDF] that it is "premature to have public discussion about a proposed ruling" until cities have been through an "interactive process with representatives of the OTT industry to better understand that technology, its products, and certain legal considerations" – policy code for figuring out if the tax is legal and how much of a fight the industry would put up.

It won't be the first time that a tax has been passed on streaming video services, however. Both the state of Pennsylvania and the city of Chicago have taxes on digital downloads.

The Pennsylvania tax started in August and extends its normal six per cent sales tax to Netflix and Hulu as well as digital music, e-books, apps and games, but it exempts magazine and newspapers.

In Chicago, the "amusement tax" is nine per cent. It was first announced, to some surprise, in 2015 and started that September 1. It covers electronically delivered video, music and games and has already brought in $14m – larger than the $12m a year estimate.

Some outrage ensued, however, when the city decided the tax also covered cloud computing services, and the business community reacted. The city council then cut the tax from nine to 5.25 per cent and created an exemption for cloud startups and companies making less than $25m in revenue annually.

Not all efforts have been successful, however. In Kentucky, an attempt to tax Netflix failed when the company appealed the decision to the Board of Tax Appeals. The board noted that under Kentucky law, Netflix would have to be transmitting its content over its own communications service to be a "cable service," and therefore taxable.

Of course, Netflix transmits its video over the internet and consumers receive it with all the other traffic from their internet service provider. Under current FCC net neutrality rules – which the Trump Administration may seek to undermine – ISPs are not allowed to touch that traffic or charge extra for certain services.

And it is that same question – the issue of a "free internet" – that lies at the heart of whether the 40+ Californian cities will be able to add their own Netflix taxes.

Declare the pennies on your eyes

To public officials' eyes – especially when faced with budget cuts – people are taxed to watch cable and so it makes sense to extend the tax to other video content watched at home. But many believe it is effectively impossible to apply a tax to streaming services like Netflix without also pulling in other online services like music, apps and so on – as has happened in Pennsylvania.

With so many online business based in California, city councils can expect significant opposition both from the industry and from consumers.

The Internet Association, which represents most large online companies such as AirBnB, Amazon, eBay, Facebook, Dropbox, Salesforce, Twitter and, yes, Netflix, has unsurprisingly come out in strong opposition.

Its executive director Robert Callahan has questioned the tax's legality and told the LA Times recently that it represented a "a slippery slope". "Today ... I'm paying for Netflix, and the next day, it's the music I download online and the next day, it's social media I use. If you're treating Internet websites and apps as utilities, there's no limit as to how far they can take it."

As for AT&T's new DirectTV Now service, it would appear to only strengthen the case for taxing streaming video content. The telco giant is targeting an increasing number of US consumers who have "cut the cord" and got rid of their cable service altogether, consuming only online services rather than paying for huge bundles of hundreds of TV channels that few ever watch.

Those cable deals typically cost far more than several individual streaming services combined. Those economics may soon start changing however, especially if a 10 per cent tax is levied on each, and even more so if net neutrality rules are removed and cable companies start using their stranglehold on internet access to US homes to charge companies like Netflix for access to their customers. ®