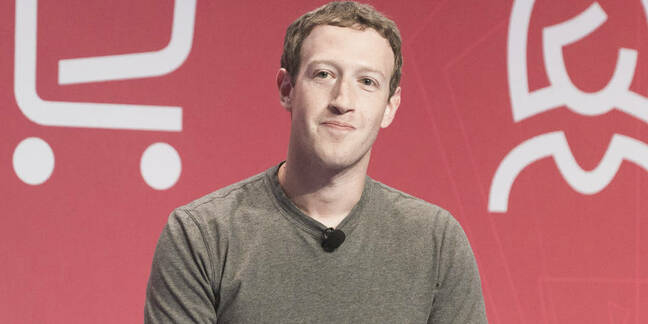 Team Trump has announced the composition of the President's Strategic and Policy Forum – and there's no place for internet oligarchs like Eric Schmidt, Larry Page, Jeff Bezos or the world's fifth-richest man, Mark Zuckerberg.

Former General Electric CEO Jack Welch has a seat, as does Ginni Rometty, head of everything at IBM. The forum is headed by Stephen A Schwarzman, co-founder of private equity giant Blackstone.

"The panel will be a strong voice on Team Trump for corporate America and the interests of the 1 per cent," writes Larry Kumer of the Fabius Maximus blog, noting that for a populist President-elect, there's no representation for organised labour.

But it's not merely corporate – that much can be expected from a CEO President-elect. DC sources tell us that Trump's antipathy towards Big Internet is based on jobs. A second Trump term depends on jobs growth; while internet companies such as Amazon, Google and Uber destroy jobs, manufacturing industries create them.

It's a sign of which corporations Team Trump thinks can generate jobs. Outgoing President Obama couldn't get enough of Big Internet, and today many agencies reflect Google's agenda. The Google Transparency project has documented the busy revolving door between DC and Mountain View, and the amount of Google-friendly policy activity has become frantic in recent months. Examples include ripping up the rules for TV licensing – which proved too much even for the Democrat FCC Commissioner with the swing vote to approve – and locking the Register of Copyright out of her office.

In reality many of Obama's showy initiatives were built on something even less stable than sand – executive fiat – and Trump has vowed to reverse much, if not all, of it.

More esoteric pet projects like net neutrality and a $4.2bn coding lessons boondoggle are already as good as dead, we can surmise. Not much traction for either of those in the rustbelt.

Silicon Valley's VC bro'hood doesn't seem to have heard the sound of the butcher's knife being sharpened. Here they are pleading for tax breaks. ®

The full line-up is: