Updated Venerable aircraft carrier HMS Illustrious leaves Britain today on her final journey to a Turkish scrapyard, despite efforts to preserve her for the nation as a museum ship.

Affectionately known as "Lusty", the Invincible-class carrier – initially designated a "through-deck cruiser" when she was ordered, to get past politicians suspicious of large and expensive warship projects – was commissioned into Royal Navy service just too late to see action in the Falklands War of 1982.

Paired with her air wing of Harriers, Lusty was a versatile and capable warship. Although she didn't reach the heights of fame of her sister ship, HMS Invincible – which as well as serving in the Falklands was also immortalised in Tom Clancy's novel The Hunt for Red October – her signature ski-jump on her bow was recognisable around the world.

She served the nation for 32 years, being decommissioned in 2014. The Invincible-class aircraft carriers were the mainstay of the Royal Navy and the Fleet Air Arm during the Cold War, playing a vital part in deterring Soviet aggression and protecting British interests abroad.

Although the Ministry of Defence made efforts to find a sensible and realistic means of preserving Lusty as a museum ship for future generations, ultimately these were unsuccessful and the ship was sold to Turkey's LEYAL Ship Recycling for £2.1m.

A last-ditch attempt to save her in November 2016, claiming to have raised £15m, was unsuccessful because the ship had already been sold to the Turkish scrapyard.

Lusty was laid up in Portsmouth for several months to be stripped of naval equipment and her anti-radar coating. The Mail Online has a nice photo feature of Lusty through the years.

Your correspondent went aboard her when she put into Greenwich, London, a few years ago. Even though she was on her farewell tour, her decks and hangar were in immaculate working condition, and her crew were cheery and helpful – and everyone pretended not to notice the two Londoners who politely queued at the jetty for the transfer boat, having accidentally bypassed the 30-minute security screening queue. ®

Reg reader Kavan "dropped everything" to get down to Portsmouth's Round Tower and take some pictures of Lusty leaving on her final voyage, which he very kindly shared with us. We reproduce a selection below. 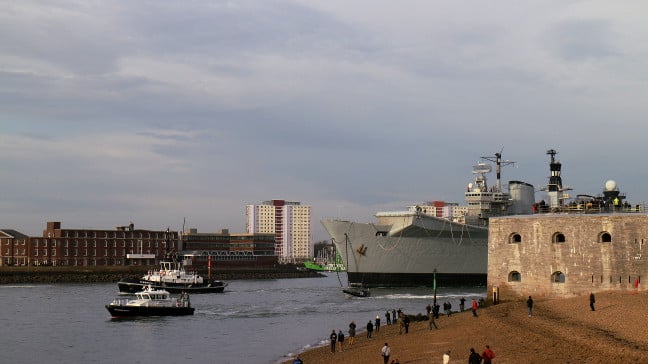 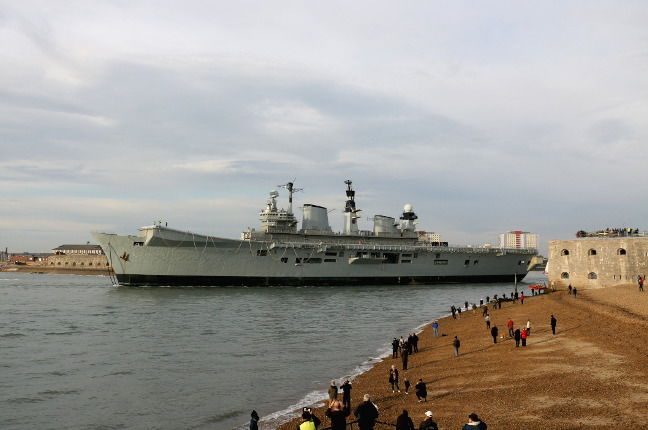 Lusty passes the Round Tower for the final time in her 32-year career. Pic: Kavan 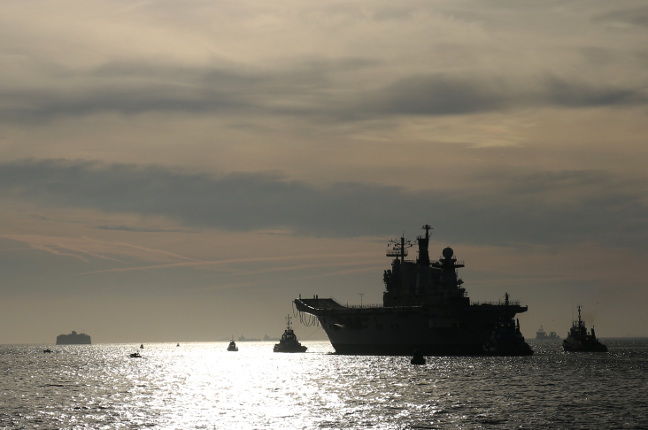