IDC shock prediction: Someone might build Skynet in next few years 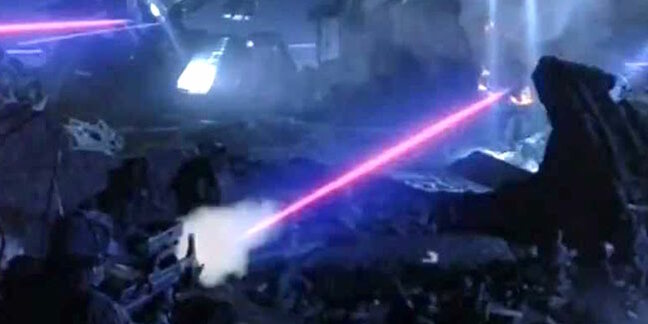 A typically apocalytic scene from a Terminator film.

Those crazy tech shamans at IDC have been sniffing the data centre cooling system exhausts again, this time breathlessly informing us that in three years "30 per cent of commercial service robotic applications" will take the form of "robot as a service". We have no idea either.

Other startling and original insights from the IDC FutureScapes team, who say their reports are "used to shape IT strategy", include the shocking revelation that "by 2020, companies will have a greater choice of vendors as new players enter the US$80-billion ICT market to support robotics deployment".

That's us firmly told. Who could have guessed that by 2020 there would be more companies operating in the expanding robotics market? IDC, without you we'd all be blind and alone, stumbling along and making foolish real-world purchases of proven kit that works.

Somewhat oddly, IDC also reckoned that by 2020 robotics growth would "accelerate the talent race" and cause a 60 per cent hike in salaries. Given how most predictions to date have focused on how robotics advances will tear apart low-skilled, low-wage jobs, this seems a strange forecast to make.

IDC also predicted that some poor, naïve fool would create the precursor to Terminator's Skynet, putting 40 per cent of commercial robots on to a "mesh of shared intelligence" by 2020.

"IDC expects to see stronger growth of robotics adoption outside the traditional manufacturing factory floor, including logistics, health, utilities and resources industries," said IDC's Dr Jing Bing Zhang in a canned quote. "We encourage end-user companies to embrace and assess how robotics can sharpen their company's competitive edge by improving quality, increasing operational productivity and agility, and enhancing experiences of all stakeholders." ®