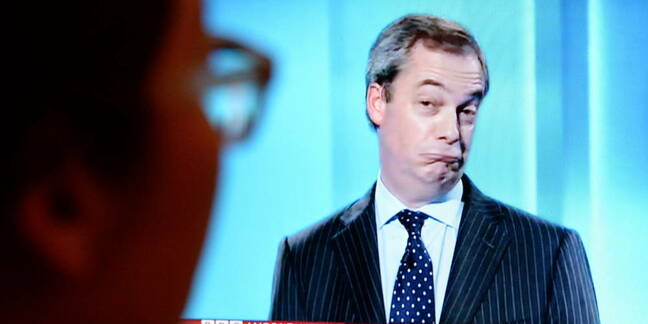 One of the UK’s biggest slingers of print services has warned customers it can no longer afford to fully soak up rising prices from printer hardware makers, which jumped after the EU referendum and now look like permanent mark-ups.

Danwood has written to clients that have a service or print services agreement to inform them of a 1 January price rise of between 2.09 per cent and 12 per cent (based on the print brand). Clients include the Royal Veterinary College, high street chocolatier Thorntons and the Civil Aviation Authority.

“The last few months have presented many challenges for business following the European referendum. The cost of delivering services has increased as a result of price increases from our own suppliers,” wrote Mike Larrington, director of customer loyalty at Danwood, in a letter seen by us.

“We have sought to absorb these in the short term, hoping that prices would re-stabilise at a lower level. It is with regret that as prices have stabilised at these higher rates, as a business we now feel we have no option but to implement our own price increases to our customers," he added.

The company claimed in the missive that its increases were still lower than the total rises from 11 manufacturers including HP Inc, Samsung, Xerox, Konica, Riso, Lexmark, Sharp and Canon. (See below for yourself.)

Danwood told us it ran service contracts in a way that let it pass on “cost efficiencies”, using things like remote diagnosis and fixes to minimise on-site engineer visits.

“Danwood has not profiteered from these increases and only passed on the costs we have incurred,” said director Douglass Greenwell.

The British pound has fallen by around a 14 per cent in value against the US dollar since 24 June, and is down around 10 per cent versus the Japanese yen. The currency swing triggered "Brexflation", with all of the major manufacturers upping the prices, Dell being the first to move.

Larrington at Danwood told customers his firm “continually monitors” its costs to “minimise increases” to customers. So presumably he'll put pressure on those same vendors when the pound finally recovers.

Life is getting more expensive for Brits since the EU referendum heaped a whole load of uncertainty onto the economy. Not only has the cost of tech risen locally, but rises are being seen elsewhere in the fried potato market, not to mention the godforsaken changes to the Toblerone.

El Reg asked UKIP, whose leader has discussed Brexit for years, what advice he'd impart to the British, but neither the press office nor its publicity-shy leader have got back to us yet. ®