IDC has updated its object-based storage marketscape to show IBM has leapt to a chart-topping position through buying Cleversafe. Scality is second. Dell EMC has hustled up the charts to third place, pushing most other players down the rankings.

The IDC analysts see “a standardisation and integration of the Amazon S3 and OpenStack Swift API, an emphasis on computing paradigms such as containers, native support for file interfaces, and a focus on vertical/use case–centric solution offerings.” Many offerings have a scale-out file system superimposed on an underlying object storage system. Cloud-based object storage services were not included in the report. 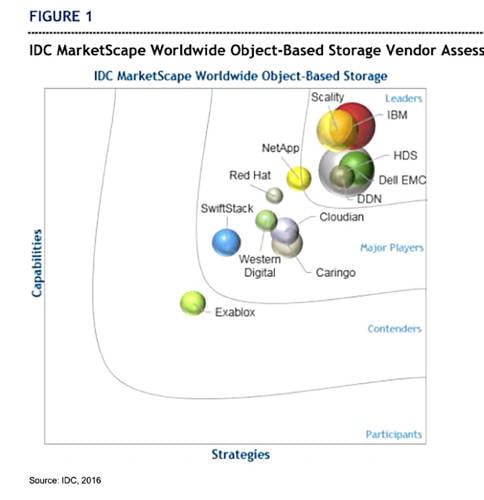 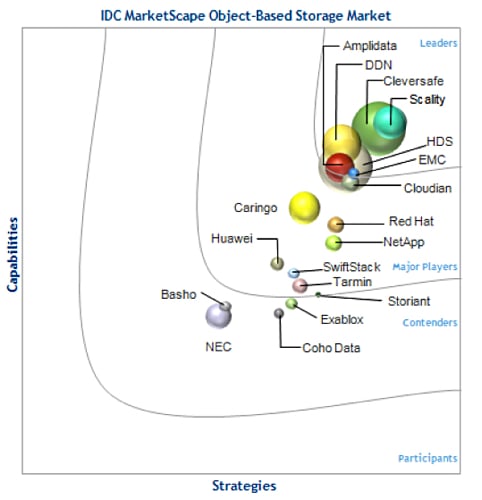 Here is a list of players and changes from previous position with overall ranking numbers:

Suppliers no longer listed are Tarmin, Storian, Coho Data, Basho and NEC (with HYDRAstore). HOE is not in the chart directly but does have a partnership with Scality. ®