Suits should have done more to protect users, rather than user numbers

Analysis Fallen web giant Yahoo! has been branded negligent for failing to tackle the prodigious challenge of upgrading its MD5 password hashing before some one billion accounts were stolen.

The security-battered organisation revealed today that attackers had stolen more than a billion accounts in August 2013 in history's biggest breach.

Hackers stole names, addresses, phone numbers, and MD5-hashed passwords in a coup for social engineers who could use the information to compromise the very identity of users.

That eye-watering news followed the company's September admission that 500 million accounts had been stolen in separate attacks by alleged state-sponsored hackers in 2014, an incident that came two years after staff became first aware of the hack.

Yahoo! has since replaced its MD5 hashing with the far superior bcrypt, moving from the world's worst password scrambling mechanism to one of the best.

Yet it is little comfort for those who use legitimate personal details when signing up to Yahoo!'s service, including scores of American subscribers to major cable and DSL telcos including AT&T which use Yahoo! for its default email services, along with Kiwi carrier Spark which ditched the service in September.

It is not known if the MD5 hashes were salted, since Yahoo! did not mention the critical additive in its statement. Doing so would moderately mitigate the risk from using MD5, says Jeffrey Goldberg, security guru at AgileBits, makers of the 1Password credential vault.

"What is most important is whether the hashes, be they MD5, SHA1, or SHA256, are salted," Goldberg says. "There is absolutely no excuse to use unsalted hashes."

But that the Purple Palace was even using the algorithm has drawn steep criticism from established security boffins.

"The MD5 hashing algorithm has been considered not just insecure, but broken, for two decades," says Ty Miller, director of Sydney-based security firm Threat Intelligence, noting that MD5 collision vulnerabilities were found in 1996 with practical attacks developed in 2005.

"I consider it negligent of an organisation such as Yahoo!, which has an obligation to protect the private data of over one billion users, to be using such an outdated and ineffective control to protect the passwords of its customers."

The gossamer thin algorithm is a joke in security circles. Rainbow tables serve as directories that, effectively, transform hashes into cleartext passwords, and the internet is now littered with free and paid services that can reveal login details within seconds. 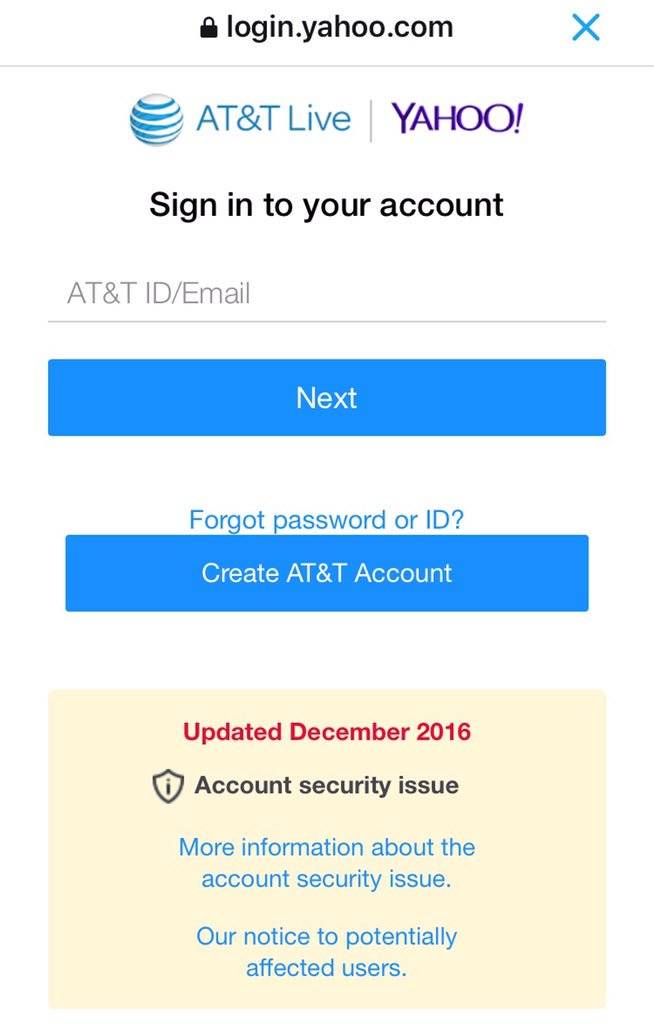 David Taylor, principal security consultant with Perth-based Asterisk Information Security, offered a similar opinion: "Yes, it would be pretty poor form on their part [to be] still using MD5 for hashing in 2013," he says. "There has been numerous issues reported for MD5 dating back to the mid 2000s."

"This breach clearly shows that Yahoo!'s previous approach to security was less than ideal, and it's obvious that the Paranoids (Yahoo!'s security team) were unable to move the needle sufficiently with management to upgrade password hashing from an outdated and insecure algorithm to something more modern and acceptable," he says.

"That it (MD5) is still commonly found in many of the worst breaches is an indication that the continued use of MD5 is correlated with other poor security practices."

The breach comes at a notably poor time for Yahoo!: The company will soon be acquired by Verizon, possibly at a damaged-goods discount, and is conducting a security recruitment drive in Australia in a bid to attract local security talent, van der Stock says.

"We all understand that without a complete revamp of senior management support for security and alignment with customer desires for privacy and security of their data, there is no point in taking on a position at Yahoo!," he says.

Take this with a pinch of salt

Administrators were salting password hashes in the 1980s, but many still fail to apply the additive today. The measure introduces random data into one-way functions, preventing the use of generic rainbow tables.

Goldberg points to the 2012 breach at LinkedIn to demonstrate the importance of salting, something the security boffin wrote about at the time.

"LinkedIn had used SHA1, an improvement over MD5 in general, but it really didn’t matter that it was SHA1 instead of MD5," Goldberg tells The Register. "What mattered is that it was not salted. I argued in 2012 that it was irresponsible for LinkedIn to have used unsalted hashes, and so that certainly applies to Yahoo! using unsalted hashes in 2013, if indeed, their hashes were unsalted."

Put simply, a bland salt-free password hash earns the "contempt" of Goldberg and his kin, while the use of slow hashes like bcrypt, PBKDF2, or the upcoming Argon2 wins their praise.

Attackers can guess salted passwords, and bcrypt and friends slow the rate at which those guesses can be made. "With a simple cryptographic hash function [like] SHA256, MD5, etcetera, an attacker might be able to make 10 million guesses per second on a single hash. But with the 'slow hashing' functions, that might be reduced to a few tens of thousands of guesses per second," he says.

The decreased rate gives users a window to change their passwords; yet even that may not have helped Yahoo! "But after four years, the details of the hashing scheme don’t really matter. Any guessable password will have been guessed by now," he says.

Yahoo!, like so many other companies offering free technology services, wants to attract the highest possible number of subscribers and has been criticised for perceived attempts to kneecap fleeing users. That mindset may have dissuaded the company from more efficiently jettisoning MD5 hashing for passwords prior to the 2013 pillaging.

"The only practical way to speed up the conversion process (to bcrypt) is to force a password reset, maybe across the board, but more likely on a web property by web property basis," says noted cryptologist and director of the Open Crypto Audit Project's Kenneth White. "And therein lies the problem: there is often a very real tension between the business to be able to claim the highest user count, versus the reality that a years-old email reminds millions of people to log in to an account they had long ago forgotten."

An email lobbed at users asking them to log in so their passwords may be upgraded from MD5 hashing to bcrypt risks a "virtually overnight mass exodus of users" and a social media complaint storm that sends more rats from the burning Palace, he says.

Bcrypt is the powerful hashing function designed to slow decryption attempts while minimising legitimate-use performance overheads, and is favoured, along with PBKDF2 (Miller prefers the latter with hashes bearing 100,000 iterations), by each of the security boffins The Register has spoken to for this story, and many more in the broader security community including OWASP.

Yet migrating to the top notch function is not as simple as just "switching to bcrypt," White says.

A bootstrapping process can be followed, but it requires users to log in for bcrypt or PBKDF2 to be called and saved to a new column.

Moreover, White says Yahoo! is a patchwork of web properties bearing decades-old Perl, PHP, and C code and so cannot be compared to the ease of upgrading a purpose-built modern web app.

"Consider the legacy managed business mail systems," White says. "The myriad e-commerce shopping cart apps, ad accounts, to say nothing of Flickr, Yahoo! IM, and the hundreds of millions of webmail users who hadn't logged in for years, and you begin to see the scope of the engineering challenge."

Van der Stock, acknowledging his outsider's position, reckons Yahoo! should immediately deploy two-factor verification for all of its services, and again reset passwords, noting that the use of mere usernames and passwords puts users at "serious risk" and that leaving accounts exposed would be a "serious breach of trust".

Yahoo! could take a leaf from Microsoft's Xbox Live endeavours and deploy similar authentication smarts, if it has not already done so. "… I would strongly recommend some sort of real time authentication intelligence around compromised accounts, so that the authentication system itself assigns a risk score to logins to ensure that unusual patterns of abuse, such as brute force attacks, logging in from a distant country, or popping out of multiple IPs is blocked or alerted to the user for further action."

Burning questions remain, not least how it took the technology giant three years to disclose that such a massive share of its accounts have been breached. "It's baffling why it's taken so long to fully scope and disclose the extent of their breach," White says. ®