Beauty is in the AI of the beholder: Young blokes teach computer to judge women by their looks

Yeah, this is just what we need

Chinese researchers claim to have taken facial recognition to the next level – by predicting the personality traits of women from their photos alone.

Or rather, given the labels on the training data, predicting the personality traits young guys expect women to have from their looks alone.

Undeterred by all the flak they received for their earlier machine-learning system that tried to predict a person’s propensity for criminal behavior from their appearance, the eggheads have come up with a sequel.

Their latest study, titled Automated Inference on Sociopsychological Impressions of Attractive Female Faces, was published by arXiv, the online open-sourced pre-print journal – the paper has not been accepted by an official journal yet.

The basis for their research lies on shaky grounds. Although it’s fair to say that machine learning has boosted the ability of computers to recognize faces, the idea of judging personality traits from physical attractiveness – a rather subjective measure – is objectionable and likely impossible.

"A non-acquaintance female face can be judged unanimously as being physically beautiful, and yet different observers may associate this face with approval or disapproval connotations, using labels (or stereotypes) like pure, sweet, endearing, innocent, cute, on one hand, or indifferent, pretentious, pompous, arrogant, shallow, frivolous, coquettish, on the other," the paper states.

"As these labels are loosely binary quantization of social attributes of trustworthiness, dominance, innocence, and introvert-extrovert, here is another case for the old, cross-culture belief that facial appearances are symptoms of innate traits and behavioral propensity."

"The two classes of female face images in S+ and S- reflect aesthetic preference and value judgments that prevail among young males in contemporary China," the trio's states.

Before using the data to train the neural network, the researchers asked 22 male Chinese graduate students to examine and confirm the labels on the images were accurate. Essentially, these chaps' perception of women, from their looks alone, was used to train the neural network to see if computers too can judge a book by its cover. The answer, by the way, is yes: with an 80 per cent accuracy rate.

Attempts were made by the trio to reduce overfitting by randomly labeling the images to both S+ and S- groups; after that, the average classification accuracy was 50 per cent.

Biases are also tested. Men often put women in the S- category if they considered them to look “unnatural,” so the researchers decided to analyse the color contrast and saturation in the images as a measure for heavy makeup. 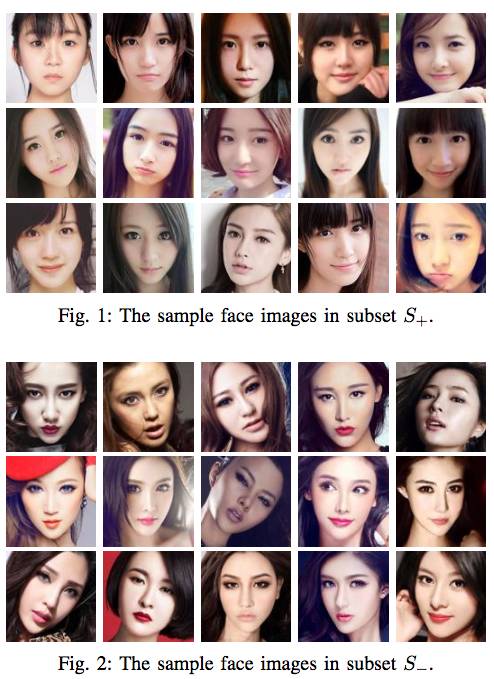 Images in S+ had on average 13.84 per cent less color contrast and 4.85 per cent less color saturation than images in S-. Naturalness is highlighted as a traditional aesthetic preference in Chinese culture, a societal beauty standard reflected in the results and choices made by the Chinese students.

The dataset and results reflect this idea. The neural network only predicts how young Chinese men will judge a woman’s personality traits based on how much makeup she appears to wear, and has no objective link to how the women actually behave. Basically, you can't use this model to work out whether a woman is actually going to be naughty or nice from her looks – just how male graduates expect her to act.

Unfortunately, the researchers don’t recognize this and conclude that their research demonstrates "once again the potential of supervised machine learning in face-induced social computing and cognition." ®

Secondary data in weather, macro-economics to help governments and orgs figure out where to focus their aid
AI + ML16 Sep 2022 | 3