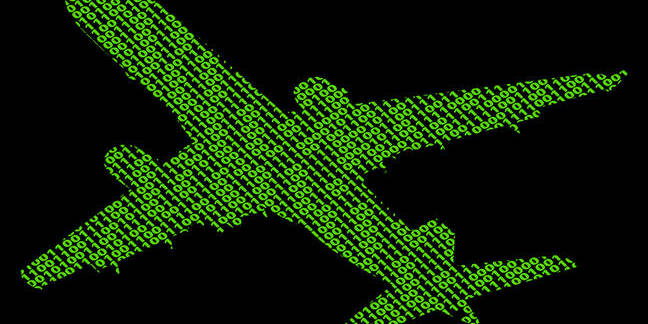 The European Space Agency has successfully trialled its air-traffic-control-over-IP-and-satellite plan that it is hoped will one day reduce the amount of spoken instructions delivered to aircraft.

Known as IRIS, the project proposes real-time “4D” tracking aircraft that will record latitude, longitude, altitude and time. Such tracking will be rather more precise than current methods, which rely on radar near or over land but have little or no data about where planes are once they fly over oceans. Air traffic controllers are therefore conservative when assigning flight paths, just to be on the safe side.

IRIS aims to provide air traffic managers with more information and is expected to eventually see planes receive most instructions on-screen, rather than as the spoken word. Those instructions will also be more frequent and will suggest more precise flight paths. Aircraft approaching a storm, for example, will be re-routed, likely onto routes closer to other aircraft than is possible today.

To get this idea off the runway, Inmarsat scored €15m to build a precursor service that puts its satellite broadband to work gathering data from planes.

The European Space Agency (ESA) has now revealed that it has conducted four flights that tested the precursor service. The agency says “the connection between the aircraft and ground networks was tested extensively and air traffic control messages were exchanged. The connection was maintained even when the aircraft switched satellite beams.” Airbus and Inmarsat conducted similar trials early this year.

As with a great many aviation-related projects, this one's a bit delayed. The start date for the precursor service was first set for 2018, but has lapsed until 2019. And the ESA says its next test flights will take place “at the end of next year” when integration with a live air traffic management environment and commercial flights will be tested.

By 2028, it's hoped IRIS will be a global service. Which is a good thing, because many forecasts predict ongoing strong growth for air traffic and passengers often prefer to visit established destinations where airspace is increasingly contested. ®

And takes a swipe at American UAV regs

16 years and counting: How ESA squeezed oodles of bonus science out of plucky Mars Express probe

Special report MEX I can: A tale of ingenuity and innovation

The ultimate 4-wheel-drive: How ESA's keeping XMM-Newton alive after 20 years and beyond

Space Extenders You thought that yoghurt in the back of fridge was time-expired? Behold X-ray boffinry YEARS past its design-life