Snapchat coding error nearly destroys all of time for the internet

Also in the spirit of the season, volunteer Time Lords sought... 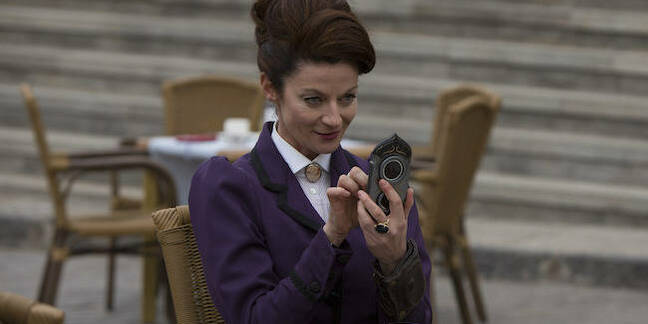 The current release of the Snapchat app on iOS contains a coding error which is flooding the internet's Network Time Protocol (NTP) pool.

NTP is one of the oldest internet protocols, and has for decades been used to synchronise computers to within milliseconds. The NTP pool is a network of volunteers' servers which synchronises over 15 million 'net-dependent systems.

Unfortunately, some sloppy coding which made its way into the recent release of the Snapchat app for iOS is continuing to flood the NTP pool with nuisance traffic. Server operators and NTP in access networks are reporting traffic increases of up to 20 times normal levels.

An investigation by the perennially under-resourced pool discovered that multiple Snapchat installs on iPhones were looking up the following hostnames in DNS and sending NTP to each of the 35-60 unique IPs returned.

The list of bothered servers matched that which was hardcoded into the iOS NTP library, although they have since been switched out. On a mailing list discussing Snapchatageddon, Jad Boutros, Snapchat's CSO, copped to the issue, writing:

Immediately after being notified that our latest iOS release was causing problems with NTP traffic, we started working to disable the offending code in v9.45. We submitted a new mobile release to the Apple App Store earlier this morning for their review, which should disable these NTP requests.

We are hoping Apple will be able to review this release in time before the holiday break, and we have stressed its urgency. When the release does get approved, we should very quickly begin to see a decrease in NTP traffic from our app as users start upgrading to the new release.

We deeply regret this situation, and we will post an update here once we hear back from Apple. We are also open to any suggestions on how we can help with the present traffic.

We are informed that Christmas is a time of goodwill, and BOFH-inspired readers with a hankering for mischief might be interested in redeeming their sins of the year by helping the NTP Pool.

Currently, the volunteer network has around 2,700 servers on IPv4, and just over 1,000 servers serving that sweet IPv6 figgy pudding. Unfortunately, with the number of internet "things" increasing (and due to bounce up when presents are unwrapped on Sunday) so too is the load on the volunteer servers. If readers would like to contribute "a few column pixels" as it was described to The Register, to this volunteer network, you lot can find out more here. ®

Daaa-aaad. She took my coding robot. No, I had it first

SoftIron unleashes the Accepherator. Geddit? It's an erasure coding accelerator for Ceph

Google calls a halt on Chrome 82, but the version 83 beta has arrived early – so it's coding and bug finding time ahead

Git it girl! Academy tries to tempt women into coding with free course