The facility will be constructed in the Cheongju Technopolis site, with design starting in January 2017, and construction of the shell and clean room from August 2017 through to June 2019. The estimated cost is 2.2 trillion won (about $1.83bn). Actual semiconductor equipment choices will be made later, based on market demand and SK Hynix's overall flash migration plans along the 3D layer highway. 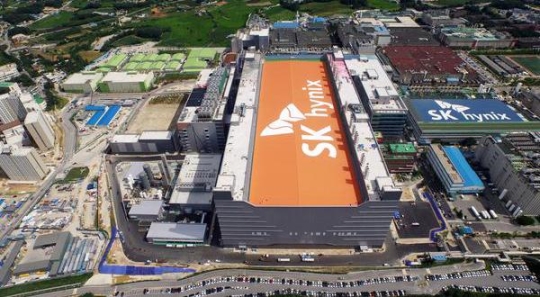 SK Hynix will use the upper floor of its existing M14 DRAM fab, located in its Icheon headquarters campus, for additional 3D NAND production in 2017.

The background to all this is that multi-layer 3D NAND is providing significant extra capacity per flash die compared to 2D or planar NAND, and lowering the cost per bit such that the flash replacement of disk in enterprise storage is gathering pace. All primary storage array products are now transitioning to flash with wholesale on-premises primary data storage array replacement happening now and continuing through the next three years or so as lease and maintenance periods come to an end.

The use of flash in servers is expected to rise, both in PCIe/NVMe drive and NVDIMM form. With both these market moves sending demand for flash higher and higher over a multi-year period then that provides the stable demand backdrop, the non-volatile backdrop as we might say, encouraging flash foundry operators to invest the billions needed in new capacity. ®