Refuses to release info without a 'valid and binding legal' demand 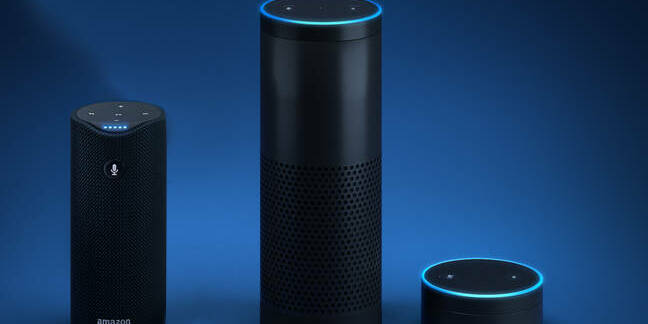 Amazon has resisted a warrant to release information to US police seeking data from its Echo device, in order to gather evidence on a murder investigation.

The device is owned by James Andrew Bates from Arkansas, who is accused of strangling his friend Victor Collins, who was found dead in a bath at the suspect’s home in November last year after an evening of drinking.

It was found near the hot tub where the victim was found dead amid signs of a struggle. During the evening music had been wirelessly streamed throughout the home and onto the back patio.

The warrant served to Amazon said the device, which has been seized as evidence, could contain information relevant to the case.

On December 4 2015, Amazon was served with a search warrant. It was subsequently served with a second warrant but has refused to share information sent by the smart device to its servers.

The filing noted the Amazon Echo device is constantly listening for the ‘wake’ command of Alexa or Amazon and "records any command, inquiry, or verbal gesture given after that point, or possibly at all times without the ‘wake word’ being issued, which is uploaded to Amazon.com’s servers at a remote location.

"It is believed that these records are retained by Amazon.com and that they are evidence related to the case under investigation.”

An Amazon spokesman said: “Amazon will not release customer information without a valid and binding legal demand properly served on us. Amazon objects to overbroad or otherwise inappropriate demands as a matter of course."

The FBI eventually paid more than $1m for a technical hack that resolved the impasse. ®

Amazon Alexa outage: Voice-activated devices are down in UK and beyond