The company initially demanded more money than the idiot box was worth to repair the TV and relented offering instructions for resetting the telly after Cauthon took to Twitter to express his displeasure.

The infection came after the programmer's wife downloaded an app to the TV promising free movies. Instead, it installed the ransomware, with a demand of US$500 to have the menace removed.

Cauthon said LG offered factory reset steps which are not publicly revealed nor known to its customer support technicians.

He says a family member showed him the TV over Christmas laden with ransomware purporting to be a FBI message bearing a notice that suspicious files were found and the user has been fined.

The lame ransomware rendered the TV inoperable which he managed to fix using the below simple steps that may apply to other Google TVs. 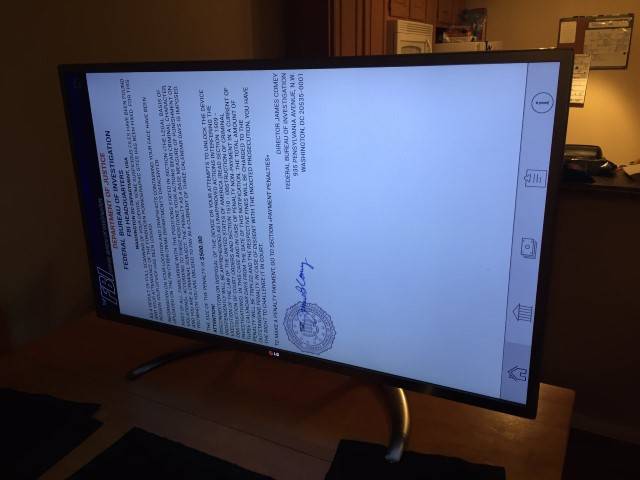 With the TV powered off, place one finger on the settings symbol then another finger on the channel down symbol. Remove finger from settings, then from channel down, and navigate using volume keys to the wipe data/ factory reset option. ®