Sir, I challenge you to a Huel

The very phrase "food substitute" is enough to strike fear into the hearts of the Full-English loving workforce, and perhaps rightly so.

Way back in the summer of 2013, former Reg man Jack Clark took one for the team by surviving on nothing but Soylent for seven nightmarish days and wrote up his experiences so that others wouldn't have to endure the same. 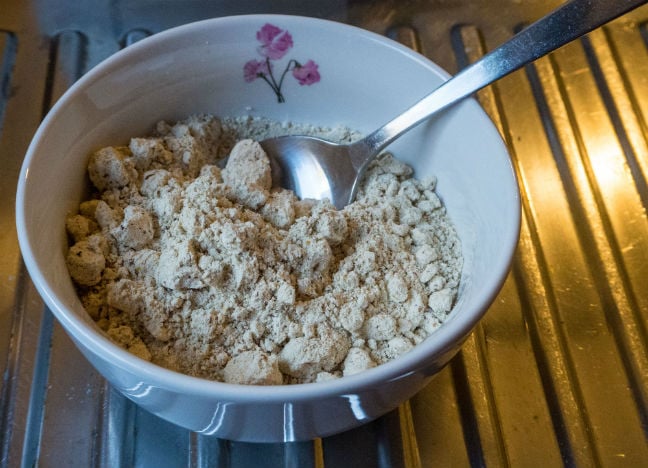 It was enough to keep me firmly in the cynics’ camp, but three-and-a-half years later, here I am; not with Soylent, but with Blighty’s own food-gloop, Huel. Amazingly, I’m in this position completely by my own volition.

It’s been a tricky couple of years up here in my little patch of the Highlands, with long-term health problems and a marked lack of energy frequently sticking a spanner in the works. A recent realisation was stark in its simplicity: I was not eating properly. A lack of energy was making it hard to prepare proper food, which in turn led to a further lack of energy and so on. Soups, stews and help from my family went a long way but could only do so much.

When I first heard about Huel I felt the concept was repugnant at worst, but further research allayed my cynicism a little. Developed by an ex-NHS clinical dietician and produced in Aylesbury, Buckinghamshire, Huel didn’t appear to be anything other than a legitimate attempt to solve a problem of poor nutrition.

Desperate times call for desperate measures, and after baulking at Huel’s own hugely inflated delivery costs to my postcode* I ordered my first supply from Amazon instead. It arrived the following morning: Two foil bags, adorned in spartan fashion with “Huel” on one side and nutritional information on the other. An introductory booklet, a shaker and a scoop rounded off the package. The ingredients include oats, pea & rice proteins and flaxseed. Curious, I got stuck in right away.

Three scoops of pleasant-smelling powder and about 500ml of water got me started, only to quickly leave me gagging on a thick slush of barely mixed gunk at the bottom of the shaker. Clearly, I was not strong enough to mix the stuff properly by hand. Lesson learned!

An electric mixer made all the difference and my lunchtime meal was a success. The Huel, with a light taste of vanilla and a texture akin to milkshake, leaving me feeling full and strangely satisfied.

I’d planned to introduce Huel into my diet replacing two meals of the day, with an ‘anything goes’ attitude towards the third. In a fit of rash excitement I had a light chicken stew for dinner.

My fear of uncontrollable, cacophonous farts has not yet come to bear any fruit, as it were. Quite the opposite, in fact! Abdominal spasms that have been a bane of my life for years have become less prominent and last night I slept so heavily that not even the cat’s delivery of a mammalian present some time in the night was enough to stir me. Very unusual. I also tried adding some cocoa to the powder today, which worked nicely. 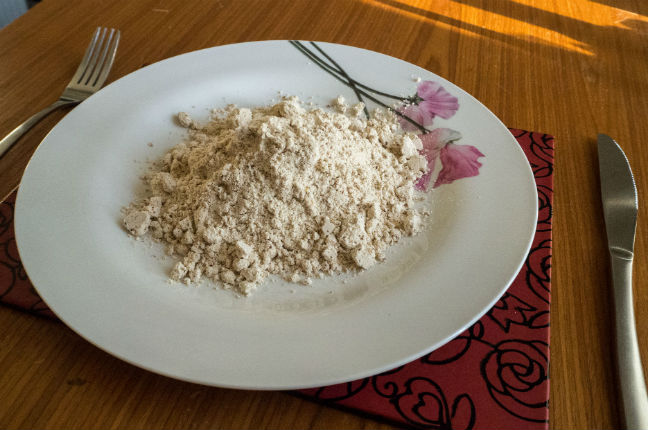 It would appear I’ve lost just shy of 2kg. Weight-loss was not a reason behind my switch to Huel but I weighed myself out of interest, just in case. I didn’t expect to lose weight because by virtue of my health, my lifestyle is sedentary at best. Much to my surprise, Huel is leaving me completely full and after a breakfast and lunch of the stuff I’m actually having to make sure I don’t lose track of the fact it’s dinner-time. I have found, however, that drinking each portion quite quickly has the most appreciable effect when it comes to the feeling of fullness; I suppose, quite simply, drinking the best part of a pint in a few minutes puts enough mass in your stomach that your body can’t help but notice.

Having ordered two weeks’ supply and with the delivery charges near-enough resolved, I felt suitably enamoured with my new vanilla friend that I placed another order.

I encountered my first serious problem yesterday: I had a steak pie for dinner and felt decidedly queasy afterwards. Don’t lose sight of the deliciousness of proper food, body. Please!

Saddened by my inability to develop farting superpowers, I have nonetheless continued on. Today, along with day six, have both been all-Huel days. I’m feeling a genuine and appreciable increase in my energy but instinctively found myself using that energy not to pursue manly endeavours, but to clean the kitchen – a fact I am not sure I should be admitting to Reg readers.

I’ve now lost just over 2.5kg, despite yesterday’s dinner involving me getting carried away and eating a ludicrous six sausages. In a weak-willed fit of pork-lust (“Me, officer?”) I gave in and tucked in to the three I had intended to set aside for today’s meal. In my defence: They were very tasty sausages.

I have entered a genuine period of shock and surprise, as not only am I sleeping and generally functioning better, but the improvements have been noticed by some of the people around me. I’m still feeling full and not being afraid to eat a dinner of my choice in the evenings is helping to keep any further porcine cravings at bay. Currently, the biggest problem of these past eleven days has been keeping the worktop clean. It took me far longer than it should have to realise that washing a water-soluble powder off with a damp cloth was not an effective solution and that a dry piece of kitchen-roll was the answer.

Weight-loss now stands at a little over 3kg and yesterday I managed a short walk of a distance I haven’t managed for years, though I won’t embarrass myself by revealing just how short.

By this point I expected the Met Office to be issuing wind-warnings in my region (although, ironically, they are), but my living room is safe. The inclusion of a few all-Huel days has led to me consuming more of the stuff than I anticipated, but I have been thinking less about cost and more about feeling surprisingly good at this point. I have lost 3.8kg since weighing myself at near-enough the same time of day two weeks ago.

To be honest, when I heard about products like Soylent and Huel I thought the very notion was unsettling; the idea that people would be so busy or lazy that they’d rather pour gloop down their throats than eat a proper meal. Curiously, given my own problems, I didn’t take on-board the potential benefits that an easy-to-prepare nutritionally complete ‘meal’ could bring and right now I honestly feel regret about that.

I had hoped that, at best, I could stomach consuming Huel for one or two meals a day and benefit from the consumption of a more rounded intake of vitamins. I didn’t expect to actually like the stuff, nor did I expect to actually see or feel any benefit. At £1.60 a meal, Huel isn’t cheap when ordered in the two-pack I initially did, though various offers and subscriptions can bring that down to nearer the £1.30 mark, pulling the cost of an all-Huel diet below £5 a day. 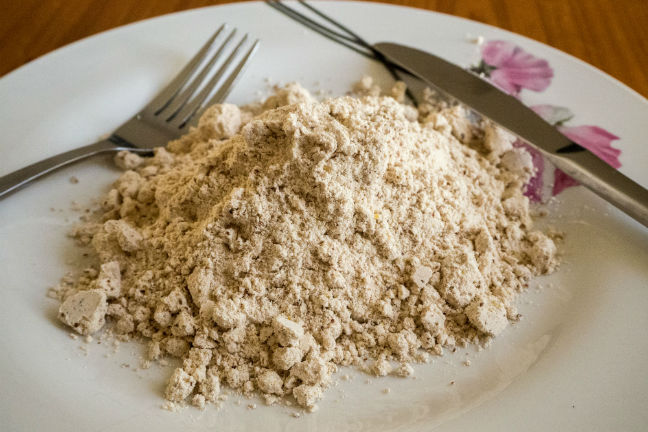 Do I think that products like this are perfect and should be sung about from the rooftops in an effort to have them consumed by all? No, not for a second. If I could prepare proper meals every day I would, and would probably ditch Huel in a heartbeat; perhaps at best leaving some in a cupboard for emergencies of some kind. That said, these past two weeks have demonstrated to me quite clearly how easy it is to be suffering from poor nutrition without even realising it; especially when existing circumstances or health issues can make it very difficult to spot certain changes and differences.

If you can find the time and energy to prepare a full and complete meal then please, for the love of all that is delicious, do so. Huel offers a completely unsatisfactory and boring "meal experience" insofar as the concept of enjoying a meal is concerned, but that’s simply not what food-substitutes are about. If you think you might be suffering from a lack of proper food or just can’t keep up with the cooking after wrestling with the boardroom lackeys’ latest BYOD disaster, something like Huel might just be worth a look. ®

* I can only accept that delivery costs up north are often inflated by surcharges but Huel originally quoted me 50 per cent of the order cost in delivery fees, despite quoting "Free Delivery". I contacted them in my best grumpy-old-man tone and was pleasantly surprised to receive a sincere apology from a member of staff. Rather than being an idle apology, they have actually vastly reduced the delivery surcharge to this area – much to my surprise.

Meanwhile, no one is thinking of the horrible emissions coming out of all these rockets, say scientists
Science6 Feb 2023 | 4

Who, Me? In the age of tractor-fed printers and perforated paper, telling a junior to tear it up was close to negligence
On-Prem6 Feb 2023 | 56