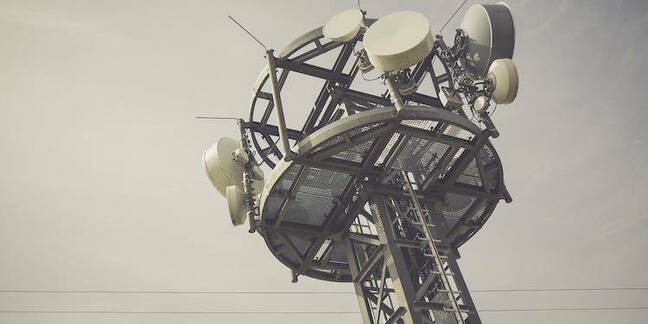 Book review All the hype around 5G is hiding the simple fact that we don’t actually need a new mobile specification. That is the central thrust of Professor William Webb’s new book, The 5G Myth: And why consistent connectivity is a better future.

Prof Webb’s readable and engaging volume sets out in 140 pages what the 5G myth is and why we’d be far better off putting our energies into extending 4G coverage instead of deploying yet another mobile standard, with all the extra costs and faff factor that brings.

“If previous trends were followed, 5G would become widely deployed in 2022 [and] deliver realistic end-user data rates of 200Mbits/s and an increase in capacity of around 2x compared to current networks,” writes Prof Webb, who points out that current trends show data rate requirements flattening out by the year 2027.

“Hence ... the advances in speed and capacity that 5G might bring are not needed.”

Taking the reader through a lucid and jargon-free overview of mobile technology and standards development – complete with a quick look at each of 2G, 3G and 4G – Prof Webb makes a very compelling argument for the case that the UK and the wider mobile industry simply don’t need the speed boosts that 5G advocates argue for.

Dipping into technical language only where absolutely necessary to make the point – and combining this with the solid insights that only a former head of the IET and a one-time director of Ofcom can bring – the visiting professor from the Universities of Surrey and Southampton puts his central point across in an engaging and concise manner. You don’t get bogged down in a literary rabbit warren of what-ifs and whataboutery, which tends to characterise similar tomes in other fields.

Provocatively, Prof Webb doesn’t pull his punches when answering the question “if it’s so unnecessary, why is everyone so hellbent in favour of it?” To quote him on why mobile networks are outwardly keen, but not too keen, on 5G:

If [mobile networks] were to all critique 5G, pointing out that the costs would lower their profitability and that the services offered were not appealing to subscribers, then this might steer the industry in a more appropriate direction (such as those discussed in Chapter 7). But if one of them were critical when their competitors were supportive it might be exploited by their competitors, who could show how they were more forward-looking.

Instead of 5G, Prof Webb says we ought to concentrate on consistency of our existing mobile infrastructure – that is, things like ensuring “satisfactory data rates [are] available everywhere” rather than “blinding fast rates in some places and a lack of any connectivity in others”, something which will instantly endear this book to anyone who lives outside of a major town or city.

The 5G Myth: And why consistent connectivity is a better future is priced at £20.71 in paperback or £7.88 in Kindle format from Amazon, at the time of writing. ®