CES 2017 roundup: The good, the bad, and the frankly bonkers

And now, the Bonkers 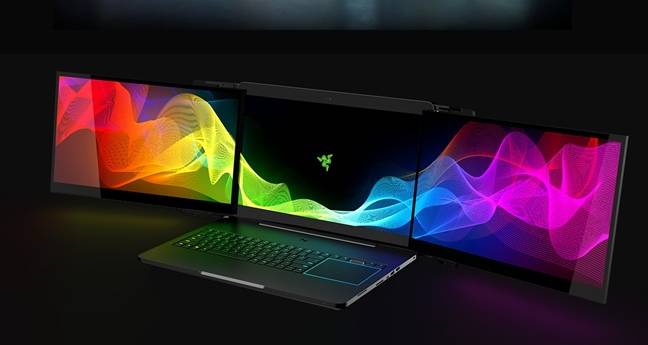 Valerie is a three-screen laptop – yes you read that right. As well as the main screen there are two full-size secondary screens that pull out from the lid. The result is a laptop that looks as ridiculous as it sounds – it's neither possible to use it on your lap and the whole unit is chunkier than a 1990s Apple Powerbook and requires a whole desk to use.

We know this is only a concept design and it may never see the light of day. But it's certainly fitting the bonkers moniker.

Microbot Push: Now we're all for robots at The Reg, but the Microbot Push is just plain madness. 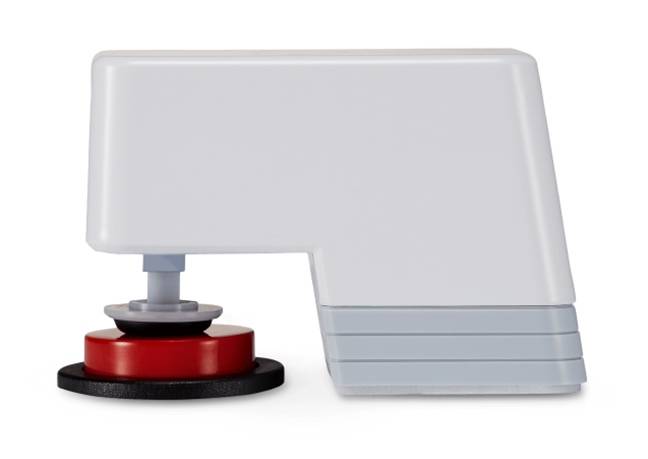 It's a "robot" that pushes buttons and claims to turn dumb devices into smart ones. You stick the $42 device over a button and can then push it remotely using a smartphone app.

Bear in mind that it's seemingly designed for equipment with big red buttons, that plenty of objects you sensibly want to control from your phone over the internet won’t have such a button, and that things like kettles probably won’t be able to use it, so you can't even make a cup of tea with it, and you have something destined for landfill very soon. You're not going to hook this thing up to the emergency stop button on your workshop equipment or industrial machinery, right? Shit.

Satnav jeans: French firm Spinali Design has come up with smart jeans for women, because everyone knows how useless women are at directions and the addle-headed little dears need all the help they can get. 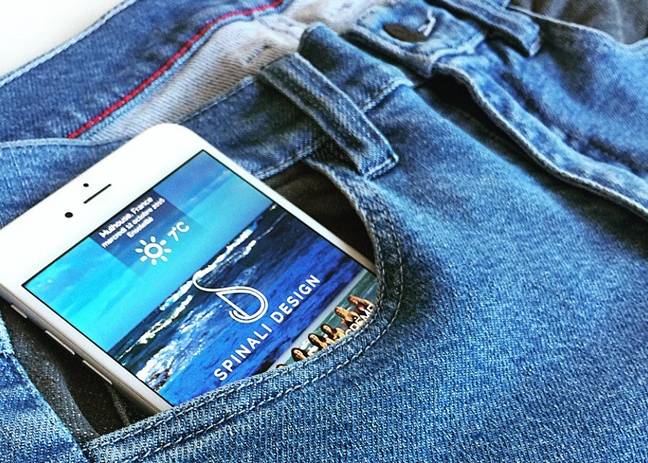 The jeans, and jean shorts, come with builtin chips and a vibrating gizmo on each side that rumble to direct the wearer (not even kidding). Link these jeans to mapping software and one leg or the other will vibrate to tell the wearer which direction to go in without needing to remove your smartphone from a bag or pocket.

Frankly, if I gave my wife a set of these, she'd punch me, and with good reason. You'd be better off saving your money and getting a cab instead.

Kérastase Hair Coach: We've covered this once but it has to make this list. 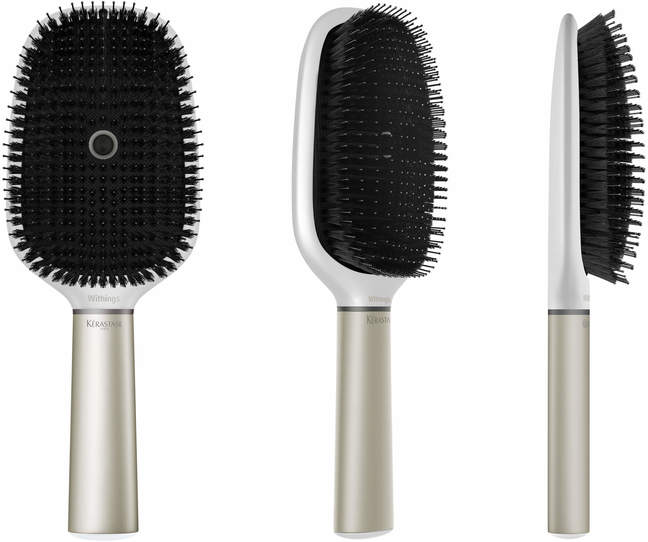 The idea is simple, in both senses of the word. The $200 hairbrush has sensors to monitor how you brush your hair and how roughly, whether it's wet or dry, and a microphone to listen out for dry hair tangles. It then feeds all that data into an app that checks local weather and wind speed.

The app will then recommend a suitable hair product to use on the day (Kérastase is the posh hair products arm of L'Oréal) and how to style yourself. Or you could just look out of the window and figure it out for yourself. ®

Here are some photos from CES 2017 of ludicrous gear snapped by one of our favorite Twitter accounts:

Smart water bottle because I must know my hydration progress #CES2017 pic.twitter.com/95HiexapP3

Review Seems to be great for productivity