A tale of two conferences: AWS storms ahead, HPE seems to flounder

Discover and re:Invent; infrastructure vs services 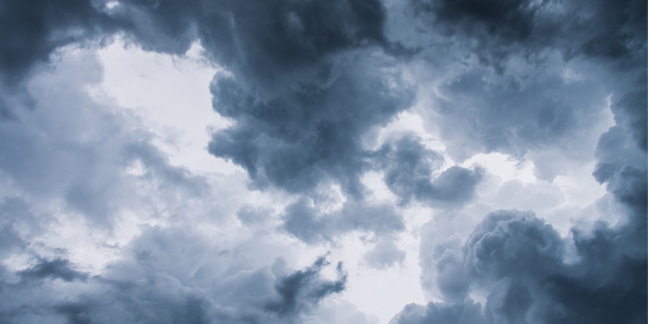 The Storage Architect As we enter 2017, many people look back at 2016 and attempt to predict what might happen with technology during the coming year. The past isn't always a good reflector of the future (hence the disclaimers on many UK financial institutions' advertising). However, it does do some good to look at where we've been as an indicator of where we are headed.

During the first week of December 2016, I attended HPE Discover in London. It's unusual for me to attend a major tech conference in the capital and unfortunately the ExCel centre isn't the most ideal location, being so far east of the centre of London. With the demise of Earls Court, in the future it will be our only option, so we need to get used to it.

While HPE Discover was on in London, Amazon Web Services' re:Invent was taking place in Las Vegas. Attending one conference while watching the news from another was a fascinating combination and reflects the position both companies are at in the market.

AWS continues to move on like a juggernaut and even brought one on stage to demonstrate their new "Snowmobile" technology. Meanwhile, over in London, there was a sense at Discover that HPE was regrouping and not really sure of their next step as a business.

Where HPE continues to focus on hardware with Synergy and the ability to use their server, networking and storage components like LEGO, AWS is concentrating on services, releasing new features at a bewildering pace. HPE's newfound interest in IoT seemed to confuse many of the invited bloggers (sorry, influencers) in understanding exactly what the overall strategy has become. Meanwhile, over in Las Vegas, AWS's strategy is simple – the company wants to rule the IT world.

AWS (and Amazon in general) have a vision and they aren't going to stop until it is achieved, irrespective of the views of the market. The company cares little for stock market sentiment (and never has), focusing on the business at hand. HPE feels like a more slimmed-down, but not meaner, version of its former self. With many of the core businesses being spun off in the next 12 months (software, services) then most of what's left becomes an infrastructure story. AWS are demonstrating that people simply don't care about the hardware any more. They want services.

I think the coming 12-24 months will see more "mergers" like that of Dell and EMC as the old industry tries to shore up their business through consolidation. Unfortunately, AWS (and Azure) seem to be winning this war of attrition and I can't see it changing unless something radical happens in the market.