Oz government on its Centrelink debacle: 'This is fine'

Why stop digging when we've only just started? 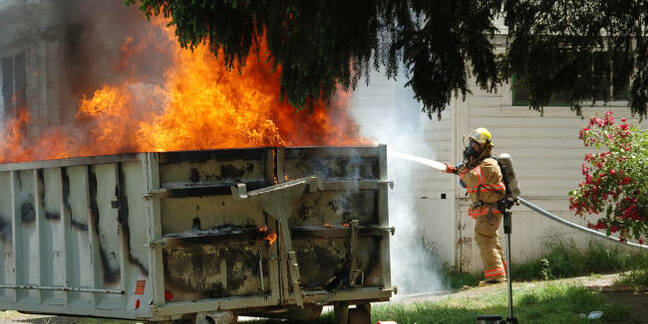 Australia's Human Services Minister Alan Tudge has finally weighed in on the country's Centrelink debacle, having returned from holidays with a sheet full of talking points.

Speaking to the Australian Broadcasting Corporation, the minister denied there was any problem, said he wasn't aware of the system creating any false debts, and denied that anybody has been asked to pay back debts they don't owe.

“I'm not aware of individuals who are completely convinced they don't owe money but have been given a debt notice”, he said.

The “robo-debts” arise because the government instructed Centrelink to match fortnightly Centrelink payment records with annual tax office records, divided by 26. This creates the false impression that benefit recipients accepted money in fortnights they were working, and generates a liability.

The government decided this would work quicker if human oversight was removed from the process, and announced the system in December 2016.

Tudge this morning confirmed the process is working as intended: “What we essentially do is we look at the tax office income records … and compare that to the information they provided to Centrelink”.

Those hit with the bills can, as Tudge stated, challenge them – but they're expected to pay up first, collect evidence like payslips to prove when they were and were not working, and use either the MyGov portal or contact a short-scaled call centre.

Tudge also threw shade on former Digital Transformation Office czar Paul Shetler. Last week, Shetler criticised the government over Centrelink, to which Tudge has responded that the former-disruptor had nothing to do with Centrelink.

In his radio interview, Tudge claimed this process is designed to “restore integrity to the welfare system”, to make sure that people get no more or less than they're entitled to.

That talking point has been repeatedly called out on social media, because the Department of Human Services has told Senate Estimates it does not collect data on underpayments, only overpayments. ®

In talking up its compliance measures, the government focuses on claimants of unemployment or sickness benefits – giving Australia's tabloids a “dole bludger” stick to wave.

It's important to understand that Centrelink handles a host of programs, including family tax benefits and student payments. Mis-design in data-matching reaches far beyond the unemployed.

Last week, we commented that the errors are systematic – they arise mostly from the rules the system implements, rather than a buggy system.

Since that time, some genuine IT system failures have emerged – for example, the data matching gets into trouble if there are ambiguities between employer names recorded in the two systems.

These are serious, but fixable. With the minister confirming the design of the system, however, The Register believes the debacle can only be cleaned up if the data matching program is scrapped.