Nice market you have there, Bluetooth. Shame if anything should happen to it ... 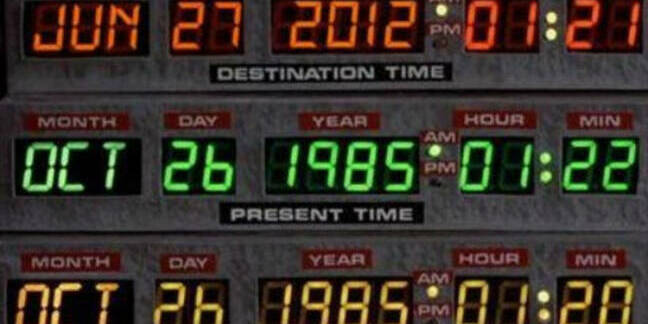 The aim is to provide plumbing-layer tools to help deliver high-quality audio and video across a multi-station Wi-Fi network without the final result looking like a bad lip-sych. And, naturally enough, Wi-Fi Alliance members want to see their kit as the default wireless connection for everything, rather than letting Bluetooth or Zigbee dominate things like audio-visual systems.

Users might hate seeing the word “buffering” turning up on an audio or video streaming application, but you can't handle content across the Internet without it. Filling the buffer means a few seconds' or minutes' worth of the content can be loaded into memory in the hope the player doesn't stall because there's a brief delay in fetching the content.

Wi-Fi TimeSync – based on technologies like the IEEE's 802.11 Timing Measurement standard – is designed to keep things tidy on the inside of the firewall.

The standard in question is a simple extension to the MAC Layer Management Entity (MLME): a requester asks a responder for a timestamp, and gets the response back in an ACK frame. Its original purpose was to watch out for degrading conditions on Wi-Fi networks; only now is 802.11 Timing Measurement getting drafted into the battle over home multimedia. 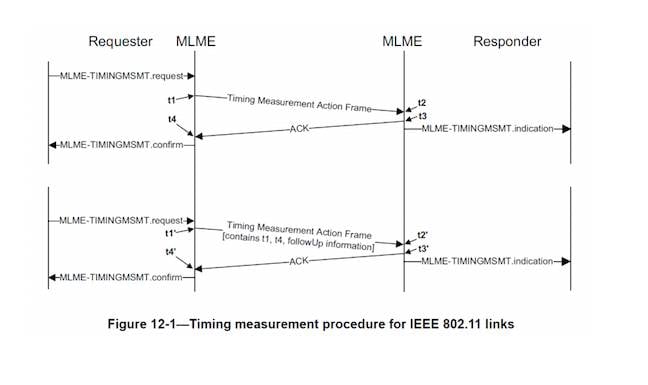 'Hey, dude, what's the time?' - timing measurement is simplicity itself

If the data transfer is simply point-to-point – from a media server to a PC, for example – timing isn't a problem. Even in a “traditional” high-end AV system, with cables connecting a media server to the TV, the TV to an amplifier, the amplifier to the speakers, timing is handled by the AV system.

The Wi-Fi Alliance reckons, however, that consumers are getting impatient with stringing cables around.

The problem? Wi-Fi's contention-based heritage wasn't designed to ship stuff around in real time. A few milliseconds of jitter isn't noticeable to someone saving a document on a server, after all.

Wi-Fi alliance VP of marketing Kevin Robinson told The Register's networking desk the TimeSync use-case is where “synchronisation is critical to the user experience”.

That might mean, for example, “providing very precise coordination between front speakers, rear speakers, and the flat panel TV.”

“TimeSync can support the multi-channel exp in a single room, or multi-room” he added.

At the high level, it's a simple concept: multiple Wi-Fi devices synchronise their internal clocks, and agree on one device acting as the master clock. Since Wi-Fi uses sub-microsecond clocks, they're easily accurate enough to “make sure the sound stage delivers what the person who mastered the content intended”, Robinson said.

TimeSync can also synchronise on the recording side, so with multiple cameras, it can time-stamp individual frames.

What matters, Robinson said, is the “ability to determine the delay, the variable delay introduced by the wireless medium” – in particular, the variable jitter that comes from contention.

“Multiple wireless devices determine the link-induced delay between them and a master clock. It takes into account the time of departure, the point at which a frame starts to leave the sending device. That's based on a local timestamp from the sending device.

TimeSync ends up with four timestamps measuring time of departure and time of arrival of packets between two devices, “you can take account for the non-link induced delay, and that gives you the link delay.”

“The protocol also determines which determines which device is going to be the master clock – there's a mechanism for devices to evaluate which is the 'best' clock,” he added, and this can be revised if a new device enters a network with a “better clock”.

The TimeSync Certification program is expected to launch during Q2 2017, and Robinson expects supporting products will ship this year. ®

Put your tin-foil hats on! Wi-Fi can be used to guesstimate number of people hidden in a room

Video No doubt this'll be used to sell data to advertisers

Would-be LTE-U carriers told to take these tests, or just leave off

Imagination: Come back to MIPS, Wi-Fi router makers, we have an FCC ban workaround

Plus: Sysadmin sets up public shaming site for IPv4 laggards

Big names launch CBRS Alliance. Think of it as truckers-versus-tech