Just over a decade after it challenged home gaming with the Wii, Nintendo has aimed a new weapon at Sony’s Playstation and Microsoft’s Xbox. 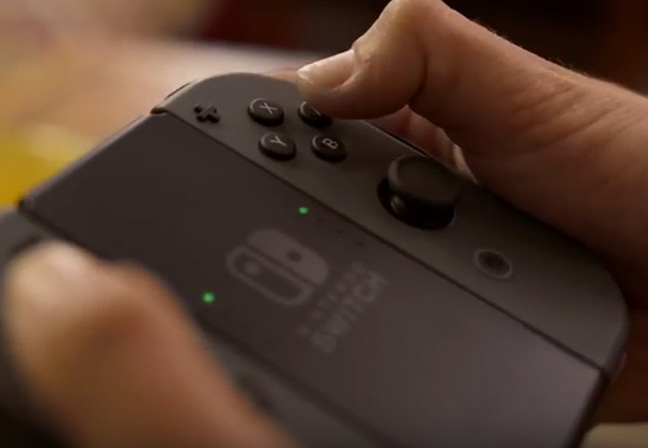 The Switch is a hybrid console – for use as both a portable unit or to be plugged into your TV.

At the core is a tablet-like device featuring two Joy-Con grip controllers with switches and shoulder buttons on either end for game play and for use on the go.

As portable, it has between 2.5 to 6 hours of battery life.

When played at home, the console plugs into a base station that taps into your TV.

The Joy-Con grips detach and slide into a holster called the Joy-Con Grip or can also be used as separate controllers for multiplayer scenarios.

Games for the Switch will come on cartridges, with 80 titles in development including a new Mario game called Super Mario Odyssey in late 2017.

This is Nintendo’s first game console since the Wii U in 2012, which has seen retailers and major games-makers slowly withdraw their backing.

It’s a long way from the Wii, which shook up gaming in 2006 with the hands-free controller and put rivals on the back foot.

Microsoft only introduced Kinect, the motion-sensing controller initially for Xbox 360 and then Windows PCs, four years later in 2010.