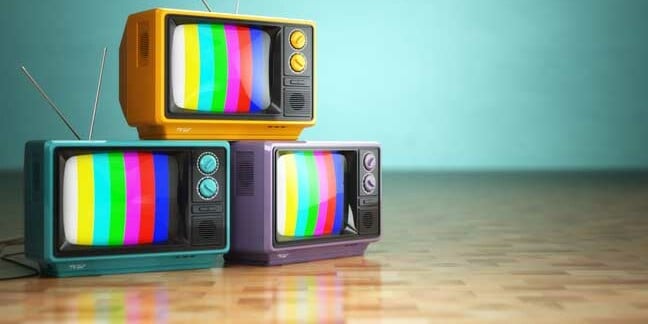 Analysis More data means better performance for advertising – at least on the digital side. Increasingly, marketers are looking to inject data-driven decision making into the “dumbest” box in the house: the TV set.

“Because of the availability of new types of data assets in the marketplace, marketers have been able to look at television media increasingly through the lens of their target – their actual buyers of the brands, or switchers, or competitive shoppers. They’re able to define their target much more specifically than they have ever been able to do before,” FitzGerald added.

Software providers which sit between the TV set and Internet – like TiVo – have the prime data that can be used by sellers to offer more precise audience targeting within their ad inventory. “The challenge, when you look at it from a media seller point of view, is to understand that targeted audience as well as you understood the demographic audience, and be able to deliver that audience in the marketer’s advertising campaign,” FitzGerald said.

The entire process of guaranteeing becomes much more complex when marketers are looking for more targeted audience segments. “The reality is that we’ve been buying and planning television with GRPs (gross rating points) for literally decades, so we have a really good sense of how much audience will actually be delivered when the advertising runs,” FitzGerald said. “Now that you’re introducing targets for each brand – every brand has a different target – and we don’t have that historical track record about performance of those targets in our TV ad inventory.”

TiVo announced the availability of its audience management platform (AMP) at CES last week. The system is a full enterprise-level, end-to-end system that enables media sellers or media buyers to plan their television campaigns and place their advertising technology in the individual inventory that’s available. “It’s an inventory management and revenue management system on the seller side; on the buyer side, it’s a full media planning system,” FitzGerald said.

At the heart of the system is data: first-party data from both buyers and sellers, third-party data from firms like Experian or Acxiom, panel-based data from Nielsen, and data gathered from millions of set-top boxes to which TiVo has access. TiVo’s own data includes return-path data about viewing behavior, audience segments, and advertising performance.

“We’re moving well beyond network and daypart, into a much more granular look at who is consuming the programs now and who is most likely to consume them in the future,” FitzGerald said. “AMP has a very sophisticated prediction engine, so that we look at past performance of television inventory against the target, and we predict future performance, so that the ad seller can really make sure they’re able to guarantee delivery of that audience. Not over deliver it, not under deliver it, but really guarantee that delivery.”

TiVo says its AMP processes together all that information and uses it to predict which ad inventory is a best match for a particular marketer’s goals, based on that marketer’s audience target. “In the past, if a media platform engine had a prediction engine, it was looking at the past performance of a network in prime time,” she said. “It was doing very high level predictions. If you factor in seasonality and maybe some geographic information, you’re able to predict with some certainty how the inventory would perform in the future. But when you have these more specific targets – brand buyer targets – the audience moves a lot more.”

The system is a true audience management platform – meaning that it is primarily to help sellers and marketers identify specific audiences and which ad slots are best to find them, according to its algorithms and subsequent viewership forecasts. In this way, it’s more like an amped-up version of traditional TV advertising buying. “There’s a lot more of what we call data science around advertising, we advertise it as data-driven TV, because you’re putting a lot more of the science of data into your predictions and your optimized advertising schedule,” FitzGerald said. “We’re making our predictions at an individual household level. And we make our predictions at an individual show level.”

TiVo also claims its system can help raise gross ratings points (GRPs) and increase cost per thousand impressions (CPMs) by enabling advertisers to track audience delivery at the inventory level. “Sellers have always tried to monitor the performance of the campaign as the campaign is running, they don’t want to over or under perform,” FitzGerald said. “Now with these new, much more granular and brand-specific targets, the risk of under or over-delivering is greater.”

To combat that, AMP allows advertisers to make quick adjustments to a campaign if needed to reach goals. “This system does what we call pacing – it’s really monitoring the performance of a campaign against the brand target, as the campaign is running,” she said. If a seller is at risk of under-delivering the target, the tool lists upcoming shows and their expected performance, so that the seller can quickly insert some additional advertising in that available inventory, if needed. “This system integrates with the trafficking systems, so that we’re getting very frequent updates of the available inventory,” she said.

Designers laid off as set-top box maker looks to cloud

Have you tried turning it off and on again? Oh, it's already doing that ... again and again

TiVo takes on Cisco in patent knock down