From aardvark to Bicholim, the encylopedia of things that never were

Sixteen years ago, Larry Sanger had the idea for a wiki-based encyclopaedia anyone could edit: the "wiki-pedia". On January 15, 2001, he and Jimmy Wales launched the site. Today, it's everyone's go-to place for quick factlets.

Wikipedia's convenience is undeniable. But its anonymously compiled content has flaws and quirks traditional encyclopaedias never had. Understanding these is vital for wiki-literacy.

To illustrate the issues, here are sixteen of Wikipedia's biggest cock-ups. Follow the hyperlinks to go down the Wikipedia wormhole...

When Maurice Jarre died in 2009, Dublin University student Shane Fitzgerald saw "a golden opportunity" to gauge Wikipedia's influence. He inserted a phoney quote into Jarre's Wikipedia biography, which instantly entered newspaper obituaries on several continents. Fitzgerald believes that if he hadn't come forward, "That quote would have gone down in history as something Maurice Jarre said, instead of something I made up. It would have become another example where, once anything is printed enough times in the media without challenge, it becomes fact." You said it, mate.

In 2012, Lord Justice Leveson was ridiculed when his report on press conduct named "Brett Straub" as a founder of The Independent. Straub, a 25-year-old Californian tracked down by The Telegraph's Nick Allen, explained he was: "The victim of a prank by a friend who had placed his name on a string of Wikipedia pages." He expressed shock that "someone, especially a judge, believed something on Wikipedia". Now, Britannica may be consigned to Google's nether regions these days, but it had the names right.

In early 2013, we learned that Wikipedia had for five years contained an elaborately referenced hoax article on the "Bicholim conflict", a war supposedly fought in 17th-century India. It had even won Wikipedia's "Good Article" accolade, despite being completely made up. Yay! 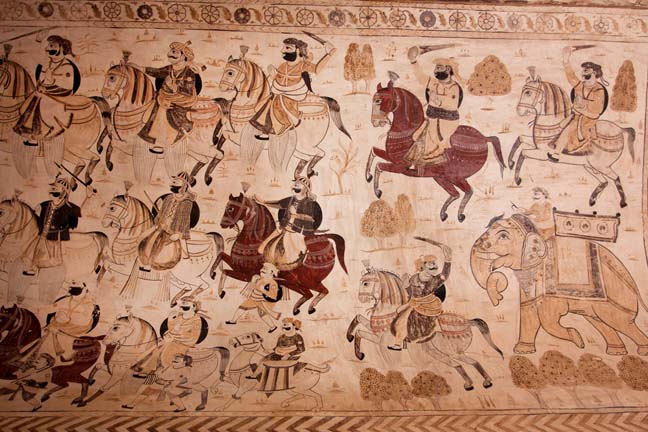 The epic Indian battle of Bicholim was a Wikipedia fantasy

In 2013, Andrew Leonard published his phenomenal investigative piece "Revenge, ego and the corruption of Wikipedia" in Salon. The article detailed the exploits of "Qworty", a pseudonymous Wikipedian who took "extraordinary advantage of online anonymity to pursue old vendettas". Leonard introduced readers to the term "revenge editing", filling a by now keenly felt gap in the English language. (In a similar case two years prior, journalist Johann Hari publicly apologised for having "edited the [Wikipedia] entries of people I had clashed with in ways that were juvenile or malicious: I called one of them anti-Semitic and homophobic, and the other a drunk.")

The Croatian Minister of Education in September 2013 took the unprecedented step of discouraging the country's youth from using the Croatian Wikipedia, because it was run by far-right extremists. "Much of the content in the Croatian version of Wikipedia is not only misleading but also clearly falsified," he warned.

Wiki-PR was a PR company that operated an "army" of pseudonymous "sockpuppet" accounts to create thousands of promotional Wikipedia articles for paying clients. They even created fake online sources to cite in Wikipedia.

The New Yorker's Eric Randall in May 2014 explained how Wikipedia had come to describe the coati, a type of raccoon, as the "Brazilian aardvark". The novel name had been added years ago by a 17-year-old student who'd mistaken a coati for an aardvark (the species aren't related). "I don't necessarily like being wrong about things," the student told Randall. "So, sort of as a joke, I slipped in the 'also known as the Brazilian aardvark'." But the moniker caught on, entering newspapers (one of which was later cited as a reference in Wikipedia), a book by University of Chicago Press and another by Cambridge University Press. 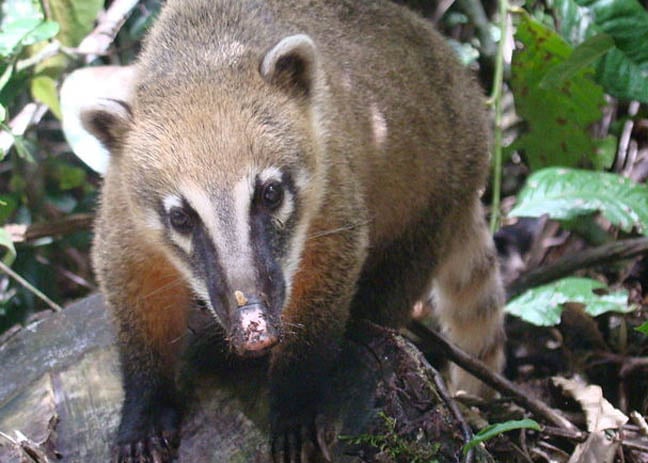 Not a Brazilian aardvark: the coati renamed by a Wikipedian who hated being wrong

In 2014, James O'Brien told Jimmy Wales on Newsnight: "I have spoken publicly about my children being born as a result of fertility treatment. And my Wikipedia page, which I didn't even know existed, contained a phrase along the lines of 'he wasn't man enough to impregnate his own wife'. That was there for weeks, months possibly, until my wife found it. Shouldn't that be your priority?" In response, Wales meekly suggested that people should monitor their biographies and notify Wikipedia of any problems. O'Brien seemed unimpressed.

In July 2014, The Daily Dot's E J Dickson confessed that as a stoned sophomore, she'd added some "total bullshit" about the children's book character "Amelia Bedelia" to Wikipedia. She thought the spurious information would be taken down within minutes. Five years later, Dickson was stunned to find her "bullshit" everywhere, even in an English professor's lesson plan, and repeated as fact by the current writer of the book series.

For six years, Wikipedia named basketball player Joe Streater as a culprit in the 1978-79 Boston College point-shaving scandal. In October 2014, sports writer Ben Koo published a stellar piece of investigative journalism demonstrating that Streater was quite innocent – he didn't even play that season, and was never mentioned in literature predating the edit that added Streater's name to Wikipedia. But to this day, a host of post-Wikipedia press sources, led by Associated Press, name Streater as one of the conspirators. It's a case of Wikipedia destroying knowledge.

In February 2015, "Wifione", a pseudonymous Wikipedia administrator, was found to have worked for years to keep Wikipedia's coverage of the unaccredited "Indian Institute of Planning and Management" (IIPM) as flattering as possible. When media reports alleged that IIPM was scamming students into paying hefty sums for worthless degrees, "Wifione" ensured the info was deleted. This enabled IIPM to use "its" Wikipedia page as a marketing tool. As Alastair Sloan said in Newsweek, the tale "demonstrates how Wikipedia can be cynically manipulated by companies, and how the credibility of the website is, especially in the developing world, a powerful and potentially dangerous tool". In the opinion of journalist Maheshwer Peri, who waged a long and ultimately victorious campaign against the institute: "By letting this go on for so long, Wikipedia has messed up perhaps 15,000 students' lives."

In April 2015, Jimmy Wales noticed that the smiley chap he'd named "Wikipedian of the Year" in 2011 for his state-funded efforts to expand the Kazakh Wikipedia was a functionary and spinmeister working for the Kazakh government. Oops! The Kazakh regime is known for its iron-fisted suppression of free speech. Having repeatedly sung the Kazakh Wikipedia's praises, Wales eventually distanced himself from the Kazakh PR effort. By then, large swathes of the Kazakh Wikipedia had become a mere copy of Kazakhstan's official state encyclopaedia.

Also in April 2015, The Washington Post's Caitlin Dewey published a story on wikihoaxes such as "Jar'Edo Wens", a supposed Australian aboriginal deity, which claimed the record for the longest-running (almost ten years) wikihoax ever (it's since been surpassed). The false god (Jared Owens, is that you? Come out of the shadows!) was duly name-checked in a religious tome and commemorated in art.

In September 2015, the "Orangemoody" scam, named after one of several hundred sockpuppets involved, added a new twist to the Wiki-PR business model: blackmail. Clients were asked to cough up money to "protect" paid-for Wikipedia articles from deletion.

"Wikicology" was a prolific contributor and Wikimedia functionary, and a minor Wikipedia celebrity in his native Nigeria. Closer inspection revealed that "Wikicology" used a Frankenstein-like editing method to create hundreds of superficially impressive Wikipedia articles – including on scientific topics like "nitrogen dioxide poisoning" – that were complete bunkum. In 2016, Wikipedia's arbitration committee banned "Wikicology", gravely noting that his articles contained "a large number of errors of fact, citations to poor sources, and citations to sources that fail to support the statements they are presented as supporting".

Ask Google, "Who invented the hair straightener?", and a neat little answer box mentions "Erica Feldman". This name was anonymously inserted in Wikipedia in 2006 as "Erica Feldman(the poopface)" [sic]. It replaced the name of Madam C J Walker (an African-American businesswoman who devised and popularised a hair-straightening system using creams and hot combs). "The poopface" was deleted as vandalism; the changed name remained. You see what Wikipedia did there? (Jokers changed the names in that article for years.) There are many excellent books about the history of hair care, but for casual Google users who eschew Google Books, they might as well not exist. Lesson: never trust historical names in Wikipedia that are not mentioned in any pre-Wikipedia literature.

Wikipedia is vast. It seems inevitable that countless unfathomed myths hatched in Wikipedia's backwaters will (or have) silently become accepted knowledge. Writers copying other writers' errors is hardly a new phenomenon in the history of knowledge, but Wikipedia's accessibility, monopoly, search engine reach and uniquely vulnerable crowdsourcing process is. Understanding Wikipedia's weaknesses is vitally important.

Wikipedia users may say that if you have to corroborate everything in Wikipedia, it's no longer quick and convenient. That's true. It's also true that when knowledge is mere private entertainment, any answer, right or wrong, will suffice to quell that nagging feeling of "I don't know".

But propagating falsehoods is corrosive. The acquisition and safeguarding of knowledge in today's age of fake news arguably requires more effort and circumspection than ever before. ®

Andreas Kolbe is a former co-editor-in-chief of Wikipedia's community newsletter, The Signpost.