Can we just go ahead and call it 'the Samsung device' now?

Researchers at Stanford University say they have developed a method for building fire-extinguishing materials into standard lithium-ion batteries.

The nine researchers behind the paper to be published in the journal Science Advances say that by packing flame-retardant triphenyl phosphate (TPP) into the battery pack behind a microfiber shell, they are able to create a method to stop the runaway chemical reaction that leads lithium-ion (li‑ion) battery cells to combust.

The study found that when TPP is mixed into the li‑ion electrolyte, it is able to stop the reaction that causes combustion of the battery packs. This could allow a relatively small amount of TPP material to be used as an on‑board flame suppressant without dramatically increasing the size or weight of the battery. Unfortunately, TPP also reduces battery performance, making it impractical to build directly into the battery cells themselves.

Rather, the boffins had to create a method to encapsulate TPP into the battery cell while separating it from the actual li‑ion components during normal operation.

To do this, the TPP is built into the battery and separated from the li‑ion cell with an electrospun shell made of polyvinylidene fluoride–hexafluoropropylene (PVDF-HFP). The PVDF-HFP material is able to act as a barrier between the TPP and the battery cell during everyday use, but it is also sensitive enough to melt when the li‑ion cells begin to overheat.

Once the shell melts, the TPP is released into the battery cell, suppressing the chemical reaction and lowering the chance of a fire. 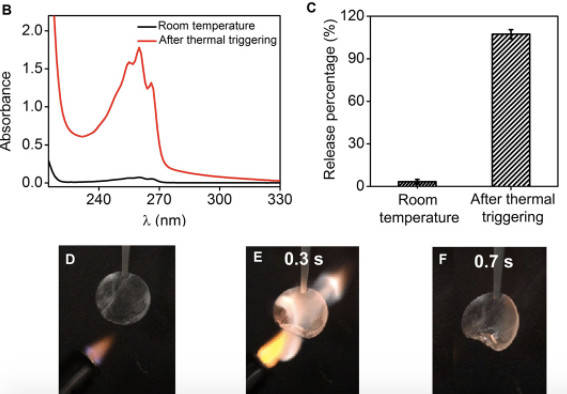 Such a system could be incorporated into the battery packs of smartphones to help protect against the tendency of li‑ion battery packs to combust when their casings are damaged. It would help prevent the sort of catastrophic failures that led to the recall and flight-ban of the Samsung Galaxy Note 7 last year.

The researchers noted that in addition to being more efficient than other flame-retardant materials, the fumes resulting from a TPP reaction are also less toxic.

"It is anticipated that this type of smart separator can be used in other high-energy storage devices, which may encounter thermal runaway safety issues," they write.

The full paper has been published in the January 13 issue (Vol 3, No 1) of Science Advances. ®