What's SimpliVity CEO Doron Kempel and Arnie got in common? They'll both be back

From the special forces to, um, HPE

Profile SimpliVity CEO and cofounder Doron Kempel is a two-time storage startup winner. With HPE buying his firm for $650m, what will he do next?

Before becoming involved as a storage business executive, he had what seems like a classic Israeli tech entrepreneur’s experience in the Israeli Defence Forces, only more so – much more so, being in the Sayeret Matkal special forces unit for some 11 years. He became its deputy commander, and then took responsibility for, and was punished for, a traumatic friendly fire accident that killed five Israeli soldiers: the Tze'elim 2 disaster.

That ended his military career. He had gained degrees in law and philosophy from Tel Aviv university and then went on to get an MBA at Harvard. He joined EMC after time at a digital video distribution startup and also became a US citizen.

At EMC, he was involved in a business unit building a storage product for images, video and audio, which became a successful seller. He became a VP and general manager from 1998 to 2001, in Moshe Yanai’s time, but then quit to run a storage company. This, we understand, was SANgate, which ultimately became Sepaton.

EMC sued him, citing a non-compete clause in his employment contract. Surprisingly and as a way out of this impasse, Kempel and others, including Moshe Yanai, bought EMC’s unwanted research center in Israel in 2002 as part of Joe Tucci’s stable-cleaning and cost-cutting exercise inside EMC.

They set up Diligent in Framingham, Massachusetts, and the Israeli center was part of it, developing the ProtecTIER deduplication technology, which was eventually OEM’d by Overland Storage, HDS and Sun. 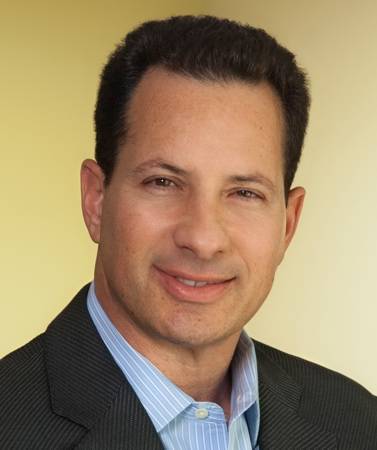 Six years later, and after taking in some $7m in funding, IBM bought it for a rumored $200m, with Kempel working for IBM for a while to help integrate Diligent into Big Blue.

Kempel cofounded SimpliVity in 2009 to build hyper-converged systems, with an Israel-based research and dev facility and a Massachusetts headquarters. It launched its first product a few years later, and at one point had a billion-dollar valuation and took in $276m in funding. Last year, though, it shed staff and struggled to find finance.

Now HPE has bought SimpliVity for $650m. Kempel, in his mid-fifties, will no doubt oversee SimpliVity inside HPE for a while, and then go off and maybe run a third startup.

SimpliVity's technology reduces storage and networking data. What could Kempel tackle next? Primary and secondary storage sprawl reductions are under way at Primary Data, Hedvig, Actifio, Cohesity, and Delphix, among others. Alluxio is shaving big data analytics data sources. There doesn’t seem to be a lot of opportunity left in the information deduplication market.

Security is a circus. Maybe an AI initiative would be attractive? The man is ambitious and capable technologically speaking, so who knows what he will do. One thing we think is for sure – he won’t become a long-term senior HPE exec.

Kempel likes to run his own show. He's also discreet, unerringly analytical, secretive, and may well disappear from the public gaze once he leaves HPE, and keep us all in suspense for a year or two. But, like Arnie Schwarzenegger, he’ll be back. I’d put money on it. ®