One BEEELLION dollars: Apple sues Qualcomm, one of its chip designers 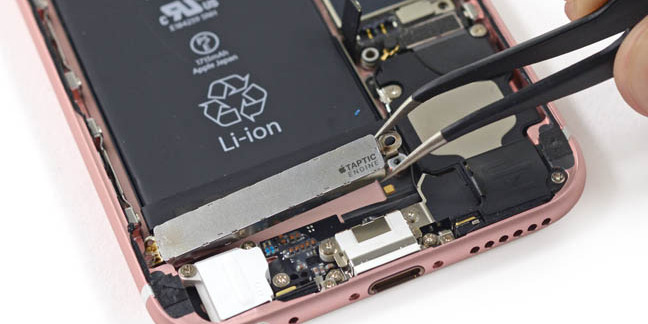 Following the lead of the FTC, Apple has filed suit against Qualcomm alleging it was charging excessive patent royalty fees for cellphone technology.

The Cupertino maker of AirPods says in a lawsuit [PDF] filed with the Southern California District Court on Friday that Qualcomm has for years been gouging it with excessive licensing charges as a condition of using its cellular modem chips.

Apple says that Qualcomm has insisted on charging royalties for patented technology that were, in some cases, not even used in the iOS products Apple had purchased Qualcomm's chips for. The suit seeks roughly $1bn in damages.

"For many years Qualcomm has unfairly insisted on charging royalties for technologies they have nothing to do with," Apple said in a statement to El Reg.

"Qualcomm built its business on older, legacy standards but reinforces its dominance through exclusionary tactics and excessive royalties. Despite being just one of over a dozen companies that contributed to basic cellular standards, Qualcomm insists on charging Apple at least five times more in payments than all the other cellular patent licensors we have agreements with combined."

Apple also claims that Qualcomm withheld payments it owed as retaliation against Apple for cooperating in a probe by the Korean Fair Trade Commission that eventually led to Qualcomm being hit with an $853m fine.

"Apple believes deeply in innovation and we have always been willing to pay fair and reasonable rates for patents we use," Apple said. "We are extremely disappointed in the way Qualcomm is conducting its business with us and unfortunately after years of disagreement over what constitutes a fair and reasonable royalty, we have no choice left but to turn to the courts."

The filing comes just days after the FTC filed its own suit against Qualcomm for abuses in its licensing system.

That suit included allegations that Qualcomm had been overcharging Apple and bribing the iPhone maker with lower licensing costs in exchange for an exclusive deal to provide baseband chips for its smartphones over a five-year period (Apple switched to a mix of Qualcomm and Intel baseband chips last year).

Qualcomm has said it will fight the FTC's complaint. "While we are still in the process of reviewing the complaint in detail, it is quite clear that Apple's claims are baseless," said Don Rosenberg, a Qualcomm executive vice president and general counsel.

"Apple has intentionally mischaracterized our agreements and negotiations, as well as the enormity and value of the technology we have invented, contributed and shared with all mobile device makers through our licensing program.

"Apple has been actively encouraging regulatory attacks on Qualcomm's business in various jurisdictions around the world, as reflected in the recent [Korean] decision and FTC complaint, by misrepresenting facts and withholding information. We welcome the opportunity to have these meritless claims heard in court where we will be entitled to full discovery of Apple's practices and a robust examination of the merits." ®