Brexit, schmexit: Christmas sales up 4 per cent at Dixons Carphone 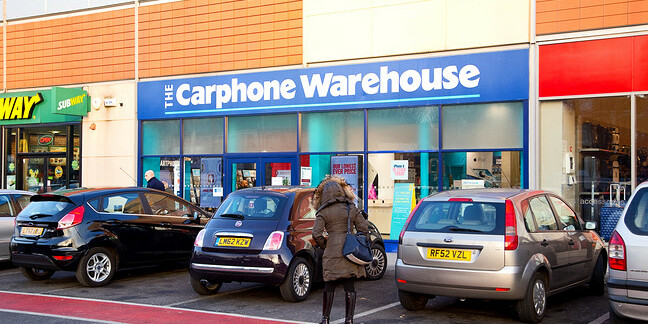 Sales at Dixons Carphone in the UK and Ireland sales rose 4 per cent for the ten weeks up to Christmas, the retailer said today.

During its last quarter, the borg had previously warned that Brexit could dampen the firm's results in the future, with ex-Etonian and chief exec Seb James warning of "uncertain times ahead".

James said: "At a time of significant political uncertainty around the world, it was heartening to see that customers were choosing to enjoy the benefits that new technologies could bring to their lives during this holiday season."

That is a big increase on last year, with the firm posting profit of £337m, up from £285m in the financial year before that.

The firm employs 42,000 people in 11 countries. This year it is due 134 stores as part of its 3-in-1 store concept, merging the PC World and Currys outlets, and slotting Carphone Warehouse. ®