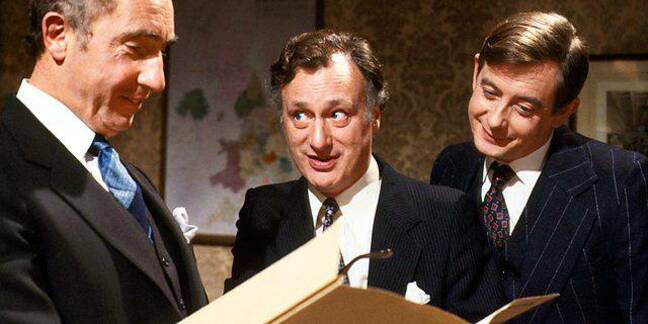 UK government departments are advising IT contractors to hike their fees by a fifth in order to avert an exodus of self-employed techies that will be hit by a forthcoming tax clampdown, multiple sources have told The Register.

Changes by HMRC in April will shift responsibility for compliance with the intermediaries legislation, known as IR35, from the individual contractor to a public body or recruitment agency.

Central government currently has 18,000 digital contractors on its books, according to a leaked document of the Government's Digital Strategy. But the number of overall tech contractors across the public sector is understood to be much higher.

HMRC hopes the changes will raise £400m by targeting 20,000 public sector contractors who ought to be paying the right tax under IR35 rules. HMRC believes just 10 per cent of these guns-for-hire who should apply the rules do so.

One source told us: "There's been some talk that departments will up the rates by 20 per cent so they don't lose key contractors – but I think most are still waiting on HMRC to see exactly what's happening. It's an utter shambles."

He added that the loss of thousands of IT contractors would have a major impact on government IT programmes. "I wonder if some big companies just happen to be waiting in the wings to come to the rescue," he said. "Funny though how so many of those companies don't pay corporation tax in the UK, unlike SMEs."

Dave Chaplin, chief exec of freelancers website Contractor Calculator, said he'd also heard departments are advising contractors to raise fees by around 20 per cent as a means of retaining talent.

According to a survey of 250 public sector IT contractors by the site, only one in ten intend to pay the extra tax. The rest will either jump ship to the private sector or up their charges.

HMRC is currently developing a digital tool to help contractors determine whether they are eligible to fall within IR35's scope.

Chaplin said he is concerned that the tool will not work in time. A private beta is expected this week and a public beta is set to be released at the end of next month. "They have left very little time to test the digital tool considering the changes come into force this April," he said.

Another contractor, who asked not to be named, said many contractors believe it will be easier to work for the private sector, rather than increase their fees. "It's so much easier to move, given how in-demand our skills are," our contact said.

IR35 changes will also have an impact on the BBC: in October it was revealed that 100 presenters were being investigated over whether they paid too little tax by working as freelancers, not staff. ®