'I AM TWEETING TRUTH TO POWER: AND YOU CAN'T STOP MY FACTS, MR PRESIDENT!'

¡Bong! While I was flying from Davos to DC for the inauguration of President Trump, a quiet revolution was being planned in the heart of the American countryside.

This week it exploded: the biggest social insurrection in the USA since the Civil War in 1860.

Imagine my astonishment when I discovered the family connection!

Now, I can't say I've always seen eye-to-eye with my nephew Zachary Bong-Toynboyalé, aka Zac. I rather lost touch with him as he turned his back on entrepreneurialism to explore frameworks for implementing collaborative transgender safe space, first the Ford Foundation, and then at Open Society Institute.

But yesterday Zac sent me his Diary – and I can share it exclusively with you now. At first I was astonished. Then amazed. And ultimately moved and proud.

It's the Diary of a Badass Park Ranger.

The fascist Goons in the White House have forbidden the use of social media by government employees like me without authorization. To us Millennials, taking away our Twitter is like taking the insulin off a diabetic.

Twitter is a platform. We've been literally No Platformed.

I have spontaneously decide to join the unarmed struggle against the Trump Administration. Now the struggle begins.

I check my inventory to ensure I have everything I need: iPhone 7, battery pack and Lightning cable, 100% organic footwear, a Rapanui sustainable windcheater, some organic craft beer I can trade with any natives I meet, and the Park's Twitter account details.

I finally find a secure location to begin Project Factback. It is hard to get a signal out here – the result of so many years without real Net Neutrality. I just about find a spot with one bar, in the corner of the car park. Thank God for the Open Internet.

I begin. Here goes. We are going to use evidence-based digital defiance. So I compose my first TWITTER FACT of the Trump Era, one that I hope will launch a billion more TWITTER FACTS. And LIKES.

It feels strangely satisfying. Hailmary Park gets about two Likes or RTs a year. But my FEISTY CLIMATE FACT has ALREADY got over 20 Retweets!

I realize I have forgotten to tell my colleagues I won't be checking into the office again this week. Or maybe ever. So I send them a DM to order two less cartons of soy milk for the staff fridge from the farmer's market. Hope they get it.

Time for another digital punch in the face to Team Trump.

"Carbon dioxide is two atoms of carbon and one atom of dioxide."

That one's for you, Milo.

Reddit spotted my soy milk Tweet before I deleted it, and sent it to Buzzfeed, who ran it without checking. Now all the national cable news networks are running with the story that Trump has BANNED soy milk in EVERY public agency. This is unprecedented in peace time. More Trump fascism!

It seems President Trump himself has joined in the National Soy Milk Debate, Tweeting:

"NO FEDERAL SOY MILK BAN BUT ONLY LOSERS DRINK SOY MILK! SO SAD!"

A vegan counter-demonstration has been scheduled for Washington DC tomorrow.

It's dark now and it's getting cold out here. I am starting to get hungry.

But the resistance must continue!

I must choose my next FACT so carefully. The entire world is now watching the Badass Park Rangers, and their acts of evidence-based digital defiance.

It blazes around the cybersphere, a FACT BULLET straight through the heart of THE DONALD. They might have have the guns, the nukes, but we have 163 characters, Unicode emoji, and nothing can stop us!

I have no evidence for it, but I sense the administration is already losing the battle for hearts and minds.

Now raining. Didn't expect it to be so cold out here, to be honest, I don't usually leave the office except to go on solidarity demonstrations. (If you're woke, and avoid microaggressions, a demo is a great place to meet some fanny.)

But the media coverage of our global factivism fightback is what sustains me. It's us or them. Who will crack first?

Have decided to open my craft ale, rather than trade it later. If I meet hostile natives, or any Republicans, I will have to disarm them using the best John Oliver jokes I can remember. In my experience this never fails.

Battery getting dangerously low. Forgot to charge it. Can no longer sustain CLIMATE FACT DISSEMINATION over multiple social message channels.

I calculate that I am now down to the last Tweet.

There the message ends.

Zac Bong-Toynboyalé was rescued safe in the car park by comrade factivists the next morning. 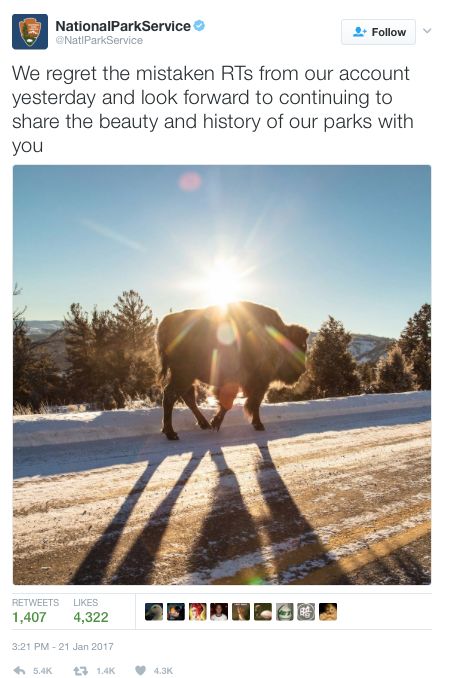 One day Zac may just be another forgotten soldier, but this week, he's a soldier in a real war, waged with CLICKS and FACTS (and Government issued iPhones). And every CLICK makes the resistance movement bolder.

Join Steve for more Evidence Based Factivism on Twitter @BongVentures

(Next time, remember you can Tweet from indoors. Your Uncle, Steve) ®

Steve Bong MBE is the founder of Bong Ventures, an investor and incubator focusing on innovative new technology startups and AI, based in Shoreditch, London.