If USA wants a say in 5G, Cisco HAS to buy Ericsson 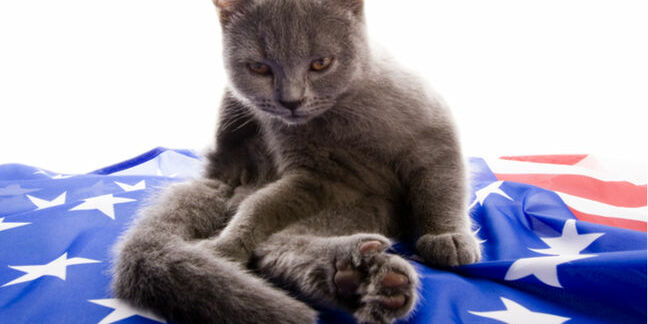 Opinion Results from Ericsson this week will have all of us pundits reaching for just how the Swedish telecoms giant is going to survive the continual onslaught from China’s Huawei. How long will it be before it needs to be acquired and why Cisco needs to be the acquirer.

Since Ericsson’s revenues began sliding, we have done this every quarter, but it is not every quarter that you have a new US president running around telling everyone to buy American. In telecoms equipment that is no longer possible. Unless someone takes this opportunity to acquire Ericsson.

The global market for telecommunications equipment is shared between Huawei, which has Chinese government support and gains the lion’s share of Chinese contracts; Sweden’s Ericsson, which is being beaten at every turn by Huawei, especially its “vendor financing” approach of building and running networks for next to nothing, until they begin throwing off cash; Nokia, which has the most American input, as it owns Lucent, through its Alcatel acquisition and of course Cisco, which does not have the breadth of offering to supply a 5G network - yet. Oh yes, and there is ZTE, which lags Huawei, and is also Chinese, and to a lesser extent Samsung and Fujitsu.

So, when it comes to implementing 5G in the US, Cisco can pick up the core network router business, and its Ultra Packet Core is effectively a way to run a 4G and 5G evolved Packet Core (ePC) in software only – the guts and intelligence of a 4G network. But to build and manage an MNO’s network entirely, Cisco would need to acquire one of the other Radio Access Network players and the only one in trouble, yet again, is Ericsson.

On today’s annual revenues it is a $25 billion business (222.6 billion Swedish Krona) down 10 per cent on last year (11 per cent in the quarter), valued at $18.5bn, and the stock has not fallen far, quite simply because nobody wants to hold it, so no one can manage to sell any. This was a performance which had currency winds in its favour and which brought forward some revenue from 2017. It could have, and perhaps should have, been far worse and next time it will be.

Services revenue declined 4 per cent, mostly due to a large US contract having reduced scope – suggesting US operators are not sure they can trust Ericsson quite so much, perhaps because of its results. Ericsson’s statement said that a significant managed services contract in North America was renewed with reduced scope – could this perhaps not even be a cellular contract? Might it be Ericsson’s support of Mediaroom services for U-Verse TV?

Ericsson also supports both AT&T and Verizon in their 5G efforts and right now, both tier 1 operators have 5G trials with Ericsson, and Verizon in particular (see separate story this week) has gone all in on 5G, and that includes it as a method for fixed broadband connection, using millimeter wave spectrum. We understand that both Verizon and AT&T want to offer fixed broadband services using millimeter wave, at the 1 Gbps or so level.

Verizon has very public plans to be the first US carrier to roll out 5G, with the initial focus on fixed wireless. This is usual with a new connectivity standard, since it is simpler to deploy non-mobile networks and acquire devices, before addressing issues of handover and interoperability. Both AT&T and Verizon think that 5G will be a credible alternative to wireline broadband to deliver home video services.

In Ericsson’s numbers, key markets are weak, particularly Latin America, the Middle East and Africa, North American revenues fell slightly, and Europe is between build outs. Ericsson says that intellectual property revenues are expected to fall substantially. And in the new CEO’s first few weeks in charge, operating expenses have gone up, when he has promised to take them down. He has his work cut out.

The company still employs some 111,464 staff, but this is down 5,000 on this time last year. Ericsson reported that it has squeezed its inventory substantially, and has around $4bn in cash and its debt has been downgraded by Moody’s this year.

We know this is far outside the scope of normal Cisco acquisitions, but US operators, who have vowed never to deal with Huawei, have the choice of one Scandinavian supplier Ericsson, or another in Nokia. They will not want to rely entirely on a shrinking business which has been slow to embrace Software Defined Networks and which sticks stubbornly to its own hardware platforms. There are two other possibilities, Ericsson keeps shrinking until American operators have no choices left, or it is propped up by one of the Chinese operators.

How long before both Trump and US operators virtually demand that Cisco buys the shell of Ericsson, offering in return, favours with the US administration on the back of bringing home a key US infrastructure building block – 5G.